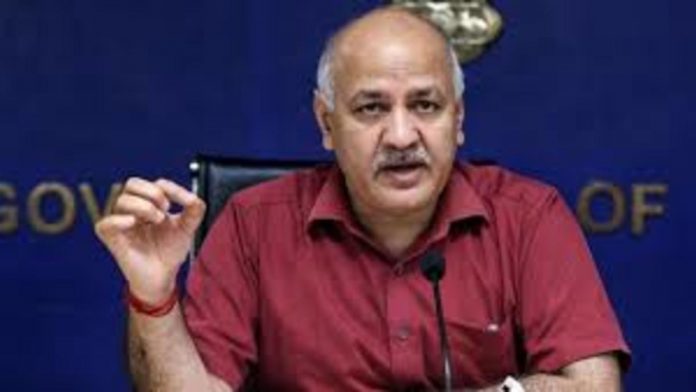 Ahead of the Punjab Assembly elections scheduled for early next year, Delhi Deputy Chief Minister Manish Sisodia said on Tuesday that the Congress and Akali Dal governments in Punjab lacked the political will to address the state’s problems, in contrast to the Aam Admi Party government in Delhi, which has accomplished impossible tasks in Delhi through its strong willpower.

“The success behind Kejriwal`s government is the political will. It has achieved impossible tasks with its willpower. BJP, Akali Dal, Congress did not have the political will to tackle the problems of the state,” said Sisodia addressing a meeting of traders and industrialists in Hoshiarpur.

Urging the people to vote for AAP, he said, “Choose AAP once the way Delhi did, You will forget Congress and Bharatiya Janata Party (BJP). We weren`t elected to power just like that”, adding “Punjab needs a visionary government, a thinking chief minister, a thinking leadership.”

Punjab is facing problem of unemployment and financial indebtedness, which he said could be overcome by promoting trade and industry.”A prosperous industry can generate employment and improve the fiscal health of the state. Without levying additional taxes, we can improve state`s economy and we have achieved it in Delhi,” he said.

He also claimed that if voted to power, AAP would take the stakeholders on board to solve impending issues. “The Punjab leaders, industrials, people, politicians, business leaders should have the will to solve the impossible. The people have to choose leaders who are awake, not the ones who are asleep,” he stated.

On Tuesday, Arvind Kejriwal, the National Convener of the Aam Aadmi Party (AAP) and Delhi Chief Minister, called on merchants and industrialists to bring about a business revolution in ‘Guru ki Nagri’ Amritsar, and pledged seven guarantees for trade, commerce, and industrial development.

During his two-day visit to Punjab as part of ‘Mission Punjab,’ Kejriwal promised to establish a commission, eliminate the ‘inspector raj,’ fix VAT refunds, secure power supply, establish the Punjab Bazaar online, improve peace and order, and construct and develop focal places, among other things.

The Aam Aadmi Party has decided to run in the state assembly elections. The BJP, Shiromani Akali Dal, and the Congress are among the major parties that will run in the elections.