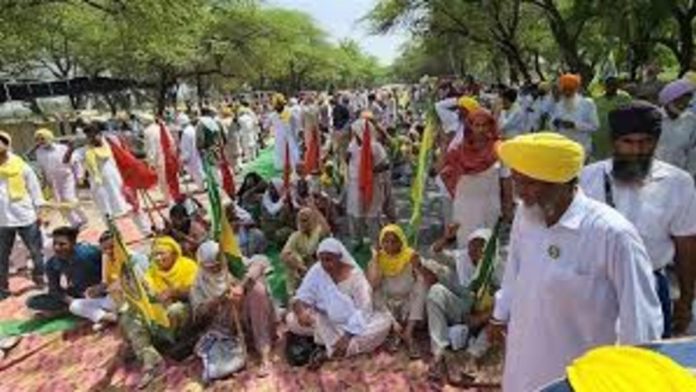 The Punjab Revenue Officers Association went on an indefinite strike today in the state after farmers from the Bharti Kissan Union (Ekta Ugrahan) kidnapped a naib-tehsildar, some patwaris, and other officials at a sub-tehsil office in Lambi on Monday.

Farmers had begun a demonstration outside the sub-tehsil complex in the morning, seeking compensation for damage to their cotton crop caused by a pink bollworm assault, but later barged into the complex and prevented officials from leaving.

Meanwhile, the protesting farmers were lathi-charged and dispersed by police at midnight. Some farmers were injured and had to be taken to the hospital.

Farmers, on the other hand, have resumed their protest as revenue officers gather inside a government rest house in Badal village.

On Tuesday, the Muktsar DC Office Employees’ Union also went on strike. Employees from the SDM offices in Malout and Gidderbaha are also making their way to Muktsar town to take part in the protest.

According to Malout, Parmod Singla, SDM, “In the middle of the night, a naib-tehsildar, three patwaris, and seven other employees were released. We have filed an application to file a criminal complaint against the demonstrators who kidnapped government employees. Two of them were over the age of 50. We were concerned about their well-being.”