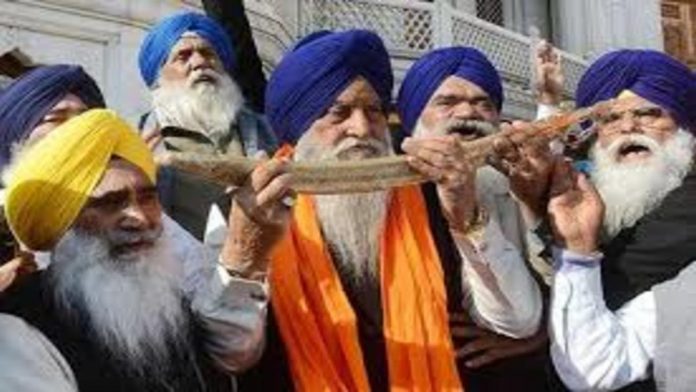 The Omicron bomb is ticking in multiple Indian states, including election-bound Punjab, where politicians and the ordinary public are spotted breaking Covid safety norms at crowded election rallies.

Though no Omicron cases have been found in Punjab, cases of this more transmissible version of the coronavirus are beginning to be reported in Chandigarh and neighbouring Haryana.

In the run-up to the Assembly elections in early 2022, Punjab sees a frenzy of political activity. Nobody concerns about physical distance at political rallies, and even leaders rarely wear masks. As a show of power, political leaders are going all out to attract large crowds to their rallies. Experts warn the state could be facing a fresh wave of the Covid-19 outbreak as supporters grapple with each other, mostly without masks.

Sukhbir Badal, the head of the Shiromani Akali Dal (SAD), is spotted in Mohali sans a mask. There isn’t a single person in the crowd wearing a mask. “At the time, there are no rules or regulations on political gatherings,” he explains. However, if there are any restrictions, we will adhere to them.”

His party colleague Ranjeet Singh Brahmpura, on the other hand, is remorseful. “I apologise for not putting on a mask. “I’m supposed to be wearing one.” He claims that the Covid threat is real, and that politicians and the general public should be cautious.

“When we start organising major rallies, we would exercise prudence,” says Punjab BJP president Ashwini Sharma. So far, God has rescued Punjab. We’ll be more cautious in the future.” At least 50 persons were observed on stage at a recent BJP event, the majority of them were not wearing masks.

The EC has described the new variant as a problem for the state’s election process, emphasising the necessity for increased surveillance and preventative actions. Experts are concerned that any pause now could result in a fresh surge of diseases.

On the streets, there are a variety of emotions. Nanhe has stated that he will not be vaccinated. “I’m terrified.” My brother’s arm has been in continual discomfort due to complications.”

Jasbeer Singh waits in line for vaccinations. Instead of a mask, he wears a handkerchief over his face. “Vaccinations are being administered by the government for our own good.” However, crowds may be found everywhere, not just at political rallies, but also at marketplaces and supermarkets.”

Avneet, another young voter, is also in line. “I’m here for my second vaccination. Because of the new variation, the threat is genuine. If one family member is afflicted, the entire family will be affected.”

The number of Covid-19 cases in the state has increased in recent weeks. However, political gatherings aren’t Punjab’s only issue. The state’s vaccination rate is also poor. Nearly 37 lakh vaccine recipients in the state have yet to receive their first dose. Only about 1.70 crore persons out of the 2.07 crore target population have received the first dose. Only 88 lakh people in the state have received both doses. The state’s poll-bound situation has only gotten worse after a month of health workers’ strike.

“I don’t understand why people are afraid,” Dr. Grish Dogra, the district vaccination officer in Mohali, told. They believe Covid-19 is coming to an end. Vaccination drives are being promoted through Gurdwaras and temples. The Indian government has also launched a programme called ‘Har Ghar Dastak’ to ensure that patients receive a second dose.”

Speaking about the election, he says, “This is a major concern. People are not following social-distancing norms. Besides, the medical workers’ strike is affecting us a lot.”