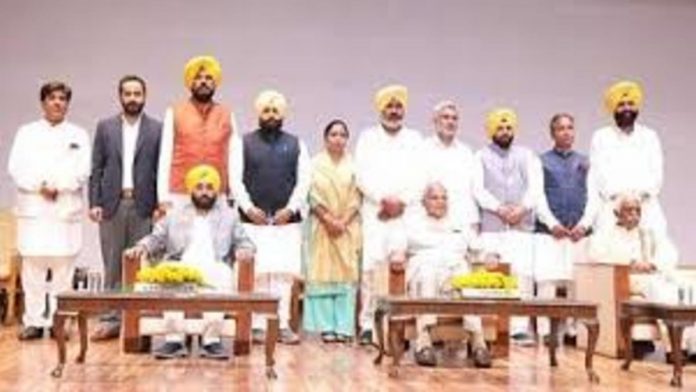 The Aam Aadmi Party’s Council of Ministers was named on Friday, and they will be sworn in on Saturday morning. The party is only inducting 10 ministers to fill the 17 vacancies in the Cabinet (excluding the Chief Minister).

The names of the Cabinet members were finalised, according to party sources, following a series of conversations between Chief Minister Bhagwant Mann and party senior brass. They claim that the Chief Minister has persuaded the party’s senior leadership to choose his squad.

According to party sources, despite significant lobbying from several party MLAs, including a second-time women MLA and a first-time MLA from Majha, Chief Minister Mann was originally interested in a lean Cabinet.