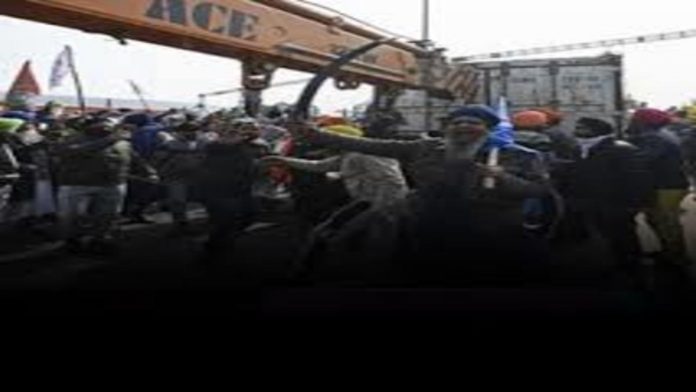 In a controversial move Punjab government has declared to give ₹ 2 lakh to each protestor who was arrested in Delhi tractor rally, which broke out huge violence in the national capital on Republic Day this year. The move can spark a new battle between Punjab’s Congress government and the Centre.

Famers mainly from Punjab and Haryana are protesting on Delhi borders against the three farm laws for about an year now. They say the laws will ultimately benefit the private players and handover the powers to them. While, the centre is ready to amend the laws but the farmers want nothing less than the repealing of the laws.

On Republic Day this year, a deal was agreed between Delhi Police and the farmers’ leaders to carry out a tractor on certain routes. But the situation went chaotic after few groups went on the Red Fort clashing with the police. The Delhi Police had said that the farmers broke the deal of carrying out the rally on the set routes and even broke barricades to enter Delhi. The few groups who went on the Red Fort hoisted a religious flag also from its domes.

In a tweet the Punjab Chief Minister Charanjit Singh Channi said that the state ruling party will compensate those who were arrested by the Delhi Police in the Republic Day violence.

“Reiterating my government’s stand to support the ongoing farmers’ protest against three black farm laws, we have decided to give ₹ 2 lakh compensation to 83 people arrested by Delhi Police for carrying out a tractor rally in the national capital on January 26, 2021,” the Chief Minister said in a tweet.

The Punjab government has been supporting the farmers since the passing of the Bills in the parliament last year. The state thinks that the three laws are not beneficial to the farmers.

The state has even alleged that that the Agricultural Produce Marketing Committees (APMCs) will turn into private mandis and would lead to financial loss to the state government which in turn harm the rural development. The centre has however repeatedly asserted that the laws will be beneficial and are for the good of the farmers.