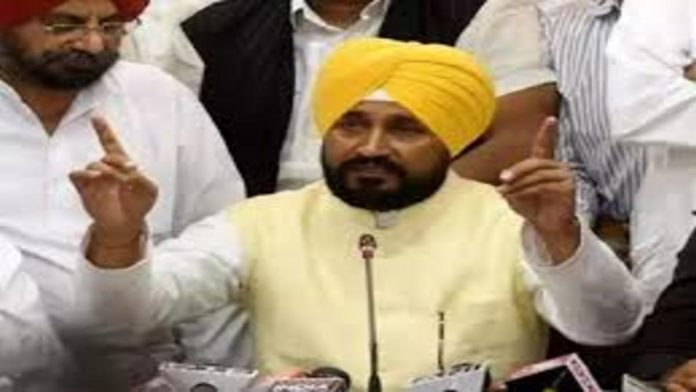 The formal departure of former Punjab Chief Minister Captain Amarinder Singh from the Congress on Tuesday caused alarm in the party’s state branch, which is already beset by factionalism.

He was accompanied by Navjot Sidhu, the chairman of the Punjab Pradesh Congress Committee, and Harish Chaudhary, the party’s Punjab affairs in-charge.

Captain Amarinder Singh formally resigned from the Congress party on Tuesday, more than a month after stepping down as Punjab’s chief minister. Amarinder Singh wrote a seven-page resignation letter to Congress president Sonia Gandhi, expressing his extreme disappointment with her and her children’s behaviour (Rahul and Priyanka Gandhi).

What was the topic of discussion at the meeting?
The MLAs and ministers “up in unity to offer heartfelt gratitude to CM Channi for his recent path-breaking measures targeted at the welfare of every part of society,” according to a Punjab government official.

The politicians complimented CM Channi in particular for calling a special session of the state legislature on November 8 to abolish the three agricultural laws and examine the Centre’s recent notice extending the BSF’s authority to 50 kilometres inside Punjab’s border areas, according to the spokeswoman.

Ministers and MLAs unanimously praised the state cabinet’s recent decisions on terminating Power Purchase Agreements (PPAs), waiving arrears on power bills for consumers with 2 KW load, providing free power to all Rural Water Supply (RWS), slashing service charges on all RWS schemes by 70% from Rs.166 to Rs.50 per household per month in villages worth 440 crores, and reducing domestic power tariff by Rs.