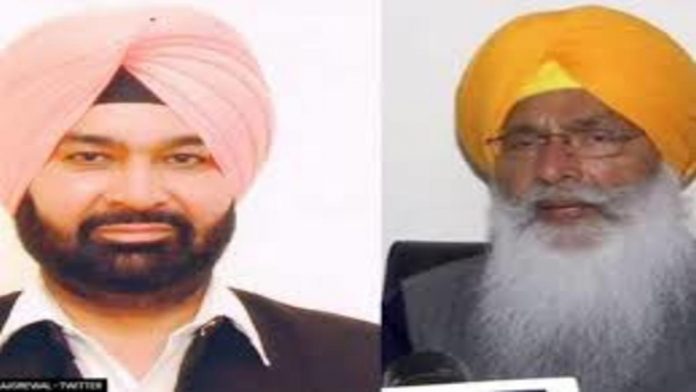 Malkit Singh Birmi, the leader of Dhindsa and Punjab Lokhit Party, declared at a news conference that the coalition will work together to defeat the Akali Dal, Congress, and BJP.

Other disadvantaged classes have accused the Congress, SAD, and BJP of ignoring them, and have formed the Punjab Lokhit Party. Malkit Singh Birmi, a four-time MLA, wants to form an alliance with Dhindsa’s party, according to Dhindsa.

“For the Punjab Assembly election, we would form a new front,” Dhindsa remarked.

Malkit Singh Birmi, meanwhile, stated that he was in contact with a mainstream political party about forming an election coalition. Birmi wanted a white report on the Punjab government’s financial condition. Birmi inquired, “Did you manage to clean up your image after replacing Captain Amarinder Singh?”

Chairman Minister Charanjit Singh Channi and Punjab Congress chief Navjot Singh Sidhu, according to the Akali Dal Sanyukt and Punjab Lokhit Party, were betraying the Punjab people by making false promises. “AAP is making false promises as well. What assurance would Kejriwal provide that he will keep his promises?” Dhindsa inquired.

Captain Amrinder Singh has not contacted Sukhdev Singh Dhindsa about forming an alliance, he added.

Dhindsa stated, “We have no plans to form an alliance with Captain Amrinder Singh’s party.”

In Gujarat, the first round of assembly elections was held yesterday for 89 seats. One of the important areas that voted was Surat. The...
Read more
POLITICS

Tuesday With only a few days left until Gujarat's first round of voting on December 1, Prime Minister Modi renewed his attack on the...
Read more
- Advertisement -