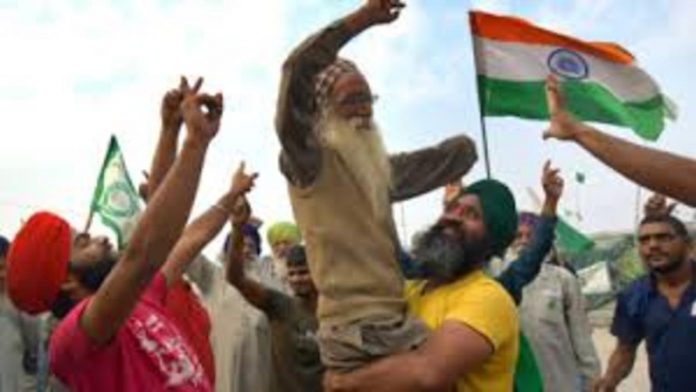 Anil Ghanwat, a member of the Supreme Court-appointed farm panel, said on Friday that the Centre’s decision to remove the three contentious farm laws was “political” and “did not favour farmers.”

In his address to the nation earlier in the day, Prime Minister Narendra Modi announced the repeal of the agriculture rules. Farmers have been protesting at Delhi’s border entry points since November 2020, and this has been their main demand.

After many rounds of talks between farmer unions and the Centre failed, the Supreme Court constituted an expert committee in January. This committee has Ghanwat as a member.

The court also halted the laws’ implementation and directed the committee to consult with labour unions and other stakeholders in order to examine the impact of the three laws.

According to sources, Ghanwat said on Friday that the agricultural panel had proposed various corrections to the government on the three farm legislation. “However, rather than exploiting it to break the deadlock, Modi and the BJP chose to backtrack,” Ghanwat said on Friday. “They just care about one thing: winning elections.”

He stated that the government had not reviewed the agriculture panel’s March report, which had been presented to the Supreme Court. After 12 rounds of talks with farmer groups and other stakeholders, the committee published its report.

“The decision to remove the farm laws has effectively put an end to all types of agricultural and marketing reforms,” he stated.

According to sources, Ghanwat also stated that the panel’s findings on farm legislation will be made public once its goal has been fulfilled. He has written to India’s Chief Justice, stating that the “recommendations will open the road for the ongoing farmers’ agitation to be resolved.”

He stated, “The committee spent three months compiling the report.” “This should not be thrown away.” It should not be allowed to happen. I’m going to make it public.”

The Supreme Court-appointed panel will meet on Monday to discuss the report’s fate, according to Ghanwat.

Farmers had declined to meet with the panel in March, arguing that the panel supported farm rules and was “pro-government.” Bhupinder Singh Mann, one of the committee’s members, recused himself from the panel on January 14. He stated that he did not want to jeopardise the interests of Punjab and the country’s farmers.