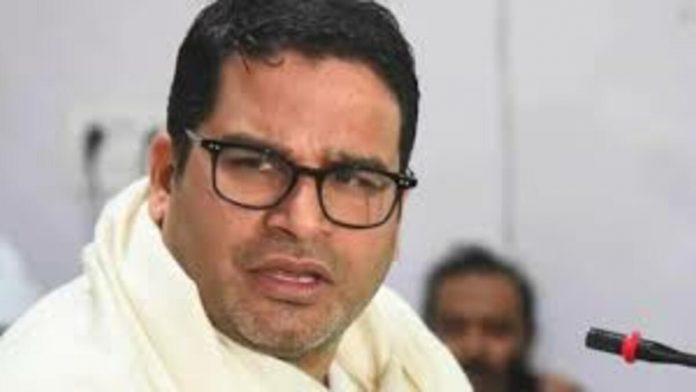 A funtionary from Congress has asserted that poll strategist Prashant Kishor who is speculated to join Congress ahead 2024 Lok Sabha elections wanted Priyanka Gandhi Vadra to be the party chief.

This comes after Congress official declared that the poll strategist will not be working for the party and that he has denied to be part of the action group for 2024 elections.

Reportedly, Congress was not ready to accept his reforms of restructuring the AICC, Congress chief’s office and wanted to confine him to poll strategy.

Prashant Kishor wanted two different individuals as PM candidate and party chief. After chaotic conferences for a fortnight, rumours where made that Kishor could join Congress.

Many Congress leaders believed that no advisor should be allowed to run the entire show.
Sources spoke to IANS that functioning style of the Congress was unique and party can’t be run from a solitary window because of which Sonia Gandhi welcomed Kishor to join the Empowered Action Group for 2024 elections.

The sources likewise hinted that Rahul Gandhi was additionally not willing to give power to any one individual.

Soon after denying Congress’ proposal to join the party on Tuesday, Kishor said that the party needs “leadership” and “collective will” to fix well established primary issues.

“I declined the generous offer of #Congress to join the party as part of the EAG & take responsibility for the elections,” said Kishor in a tweet.

“In my humble opinion, more than me, the party needs leadership and collective will to fix the deep-rooted structural problems through transformational reforms,” he further said.

Party insiders additionally accept that the primary cause for Kishor not joining the Congress is his organization I-PAC’s tie-up with Telangana Rashtra Samithi (TRS) for state assembly elections in Telangana which was seen as “conflict of interest” by the party leadership.