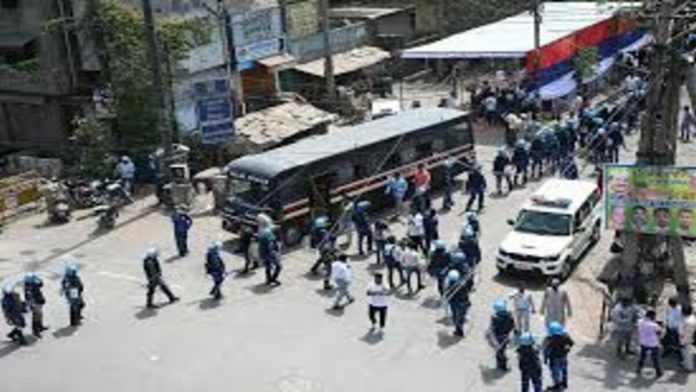 Delhi Police has arrested one more accused in the Delhi’s Jahangirpuri violence case taking the total arrests to 21 so far.

Violence broke out between two groups in northwest Delhi’s Jahangirpuri region on Saturday, on the occasion of Hanuman Jayanti. Many police personnel were also injured in the violence.
According to the Police, stones were thrown and vehicles were vandalized in the violence. Soon, security personnel were staged in to bring the situation under control, said the Police.

In between the chaos, Delhi BJP President Adesh Gupta has alleged AAP government promoting illegal stay of Rohingya and Bangladeshi immigrants as he said that Rohingya were behind the violence broke out in Jahangirpuri.

The activists shouted slogans with naked swords, sticks and other weapons in their hands. The police remained silent. They even flaunted their swords and broke traffic rules during the march.

As per news agency ANI, Delhi Police and Crime Branch are jointly probing into violence incident and so far, 21 accused persons have been arrested by the Police. The further probe is under progress.