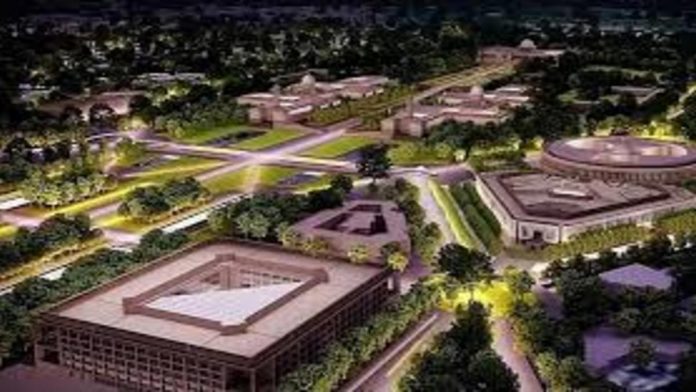 Since Independence, defence ministry offices have been housed in barracks on Dalhousie Road near South Block. On Thursday, Prime Minister Narendra Modi will inaugurate two new office complexes on Africa Avenue and Kasturba Gandhi Marg. As part of the Central Vista Redevelopment project, the site so abandoned will be built for the Prime Minister’s new residence and office.

Over the next two months, about 7,000 defence ministry personnel who are now working out of the Dalhousie Road location will be relocated to the new building in stages.

While the office complex on Africa Avenue is a seven-story structure that will only house defence ministry offices, the eight-story Kasturba Gandhi Marg building will also be used to temporarily house offices currently housed at Parivahan Bhawan and Shram Shakti Bhawan until their new offices at the Central Secretariat Complex are ready.

“Together, it will be called the Executive Enclave,” the official said.

However, it will take some time before work on the vacated site to build the PM residence and other offices start.

“It will take around two months for the existing offices to shift lock stock and barrel. After that the process will start — floating tenders for the project, selection of bidders, etc etc. It’s still a long way before the actual construction starts,” the official quoted earlier said.

The housing ministry’s construction branch, the Central Public Works Department, has also issued tenders for the development of three office complexes on the site of the former Indira Gandhi National Centre for Arts.

“CPWD will be awarding the tender shortly,” a source involved with the project said.

The Central Secretariat complex’s first three office buildings will be built on the site of the former Indira Gandhi National Centre for Arts. It is expected to be finished in 2023.

The project will be implemented by the CPWD in stages. The Centra Vista project was awarded to Gujarat-based architect Bimal Patel’s business HCP Designs in October 2019.