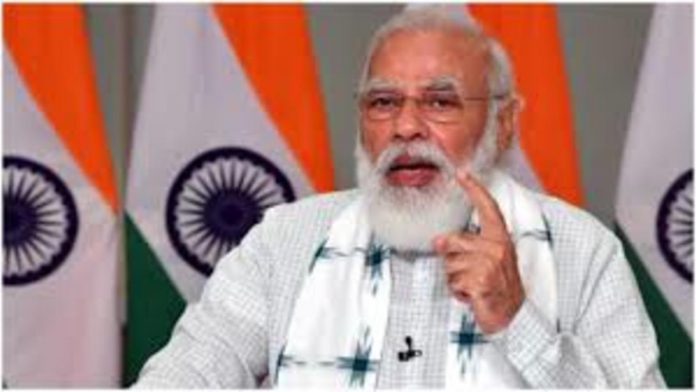 This will be PM Modi’s first address to the saffron party since the dates for the Assembly elections were announced.

The whole physical mobilisation arrangements have been undertaken to listen to PM Modi’s talk at 100 locations across 98 mandals, keeping in mind the directions of the Election Commission of India amid the Covid-19 spread.

A total of 50,000 individuals will be physically present, with 500 persons per location.

People will be able to listen to the Prime Minister’s speech via LED screens and campaign trucks that will be deployed to various sites.

The Bharatiya Janata Party (BJP), which has a large digital footprint, will use all of its social media channels to reach out to voters in these 21 Assembly constituencies, including Facebook, Twitter, and YouTube.

Elections in Uttar Pradesh will be held in seven stages. The election will be held in two phases, the first on February 10 and the second on March 7. On March 10th, the votes will be counted.