PM Modi To Attend BRICS And SCO Meetings This Month 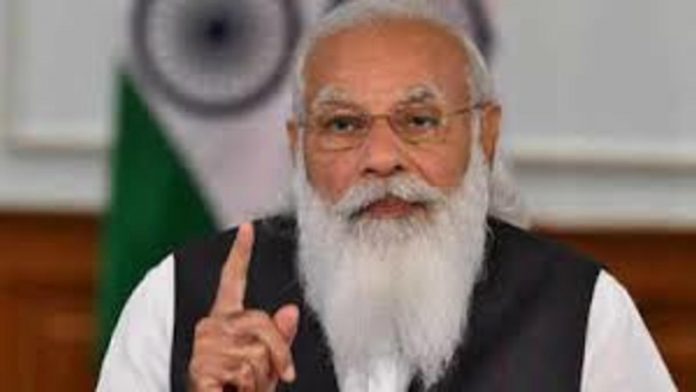 On Thursday, PM Modi will host a meeting of BRICS leaders, which will include Chinese President Xi Jinping, Russian President Vladimir Putin, and the leaders of Brazil and South Africa. This will be the first of a series of summit-level meetings he will attend in September, which will be dominated by discussions about the situation in Afghanistan. Due to COVID-19 constraints, the meeting will be held virtually.

The PM will also participate in the Shanghai Cooperation Organisation (SCO) Heads of Government meeting in Dushanbe on September 16 and 17, but is expected to travel to the United States later this month to meet with US President Joseph Biden and address the United Nations General Assembly, according to officials.

Given the growing polarisation between the Russia-China alliance and the US and its allies on engaging the new Taliban regime, Mr. Modi will straddle both sides of the debate on Afghanistan’s future.

According to a statement released by the External Affairs Ministry on Monday, the BRICS leaders summit on September 9 will focus on four priority areas: multilateral reforms in organizations such as the UN, the IMF, and the WTO, counter-terrorism, technology, and people-to-people exchanges.

“The leaders will also exchange views on the impact of the COVID-19 pandemic and other current global and regional issues,” according to the statement, which is expected to include Afghanistan, where Russia and China have played a key role in Taliban talks.

Meanwhile, Foreign Secretary Harsh Shringla returned to India after discussions in Washington to finalise plans for Prime Minister Narendra Modi’s visit to the United States, which is set to begin on September 23.

Busy schedule
The PM’s visit, which will be just his second since the coronavirus pandemic began, is scheduled to include discussions with President Joe Biden in Washington, a possible Quad summit on September 23 and 24, and a speech to the United Nations General Assembly on September 25.

The details of the meetings are still being “finalised,” according to MEA officials, given the uncertainty regarding Japan’s participation following Premier Yoshihide Suga’s announcement that he will quit at the end of the month. While the Summit will focus on Indo-Pacific security, Quad collaboration on climate change, and vaccines, the situation in Afghanistan after the U.S. pullout is likely to be discussed as well.

Given that the SCO summit in Tajikistan next Thursday includes regional countries Russia, China, Central Asian nations, and Pakistan, and will feature a special SCO Contact group meeting, there will be a considerably larger attention on Afghanistan. Mr. Putin, Pakistani Prime Minister Imran Khan, and other world leaders will attend the Dushanbe meeting in person, and Mr. Modi and Mr. Xi are expected to appear virtually at the “hybrid” conference.

Tajikistan’s aid
External Affairs Minister S. Jaishankar will represent India on the ground in Dushanbe, officials said, adding that the Tajikistan government was extremely cooperative during India’s evacuation mission from Afghanistan, when Indian Air Force military aircraft were allowed to park at Dushanbe airport between slots for landing in Kabul. After the fall of Kabul, the government has evacuated 565 people from Afghanistan. It still expects to evacuate around 140 more people, including roughly 20 Indians, and may require additional aid from neighbouring countries.

Russia, China, and Pakistan have embassies in Kabul, while the United States and its allies have temporarily relocated their embassies to Doha, where the Taliban’s Political Office is located. Despite the fact that neither side has vowed to recognise the Taliban regime, they are split on the level of cooperation with the new government, sanctions, and the subject of the freezing of Afghan reserves by the IMF, which the Russia-China combine has criticised.