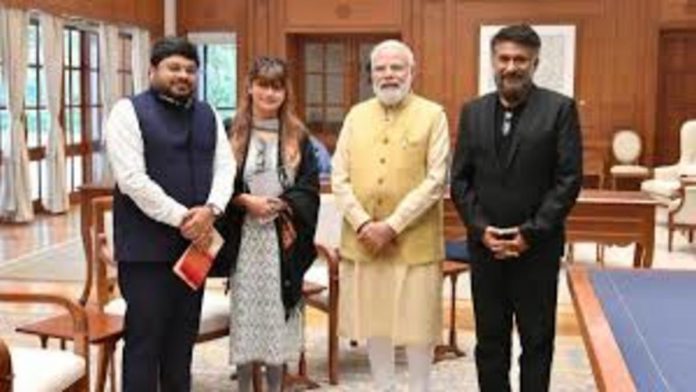 Prime Minister Narendra Modi said on Tuesday that there was a plot to smear the recently released film ‘The Kashmir Files,’ which depicts the 1990 migration of Kashmiri Pandits from the Valley. “For the last 5-6 days, those who profess to be flagbearers of freedom of expression have been enraged. They are seeking to undermine Kashmir Files,” the prime minister added, rather than supporting the film based on facts.

“The creators made the decision to represent what they believed to be real. However, they are not prepared to comprehend and embrace the reality. For the last 5-6 days, a plot has been created,” he continued.

“My problem is not with the film, but with the necessity to expose the truth in the sake of national security.” Those who disagree with the film may produce their own based on their own perceptions,” Modi remarked, adding that some critics are outraged that the truth, which was purposefully suppressed, is now being revealed.

The prime minister’s comments come as the film’s creators face backlash, with certain parts accusing the film of having a community agenda.

A political brawl has already begun when the Kerala section of the Congress issued a tweet accusing the Bharatiya Janata Party of being responsible for the departure of Kashmiri Hindus. The tweet was then removed, with the Congress promising to investigate the incident.

The film, directed by Vivek Agnihotri, recounts the migration of Kashmiri Pandits after their systematic targeting by Pakistan-backed terrorists in 1990.

The cinema entertainment industry has been declared tax-free in many BJP-ruled states, including Uttar Pradesh, Haryana, Uttarakhand, Goa, Gujarat, Karnataka, and Madhya Pradesh. In the four days after its release, the film has grossed Rs 42 crore at the box office.

Vishweshwar Kageri, the speaker of the Karnataka Assembly, stated on Monday that a screening of the film for Karnataka lawmakers should be scheduled.