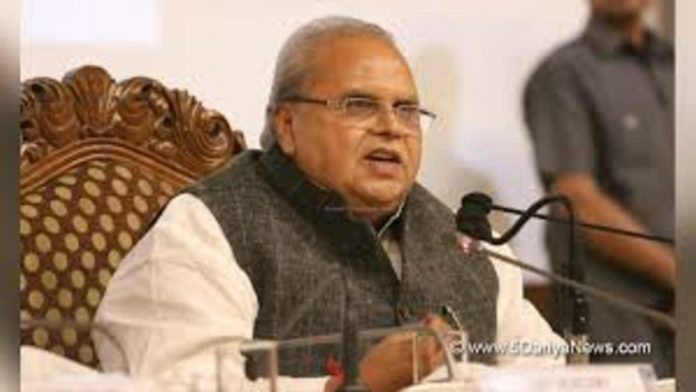 Meghalaya Governor Satya Pal Malik today welcomed a central agency probe into charges of corruption in Jammu and Kashmir, saying he had informed Prime Minister Narendra Modi about a payment of Rs 300 crore offered to him to clear two files while he was the governor of the erstwhile state. “The Prime Minister backed me up and stressed there should be no compromise on corruption,” he explained.
After the Jammu and Kashmir administration approached the central probe agency late last month, the CBI launched an investigation into the charges made by Satya Pal Malik.

“Two files had arrived for my review. One of the secretaries informed me that if I approve these, I will be paid Rs 150 crore for each one. I declined the offer, claiming that I had brought five kurta pyjamas with me to Kashmir and would just return with them “Mr Malik revealed this at an event in Jhunjhunu, Rajasthan, on October 17 last year.

According to PM Modi, the payments were given by people close to him, one of whom was related to the BJP’s ideological father RSS, and the other to one of India’s leading businesspeople.

Mr Malik claimed today that while he wasn’t directly offered the money, he was aware of everyone involved. He went on to say that he knows of additional people who were involved and that he will divulge their identities as the inquiry progresses.

“Both of the deals had been cancelled by me. There is no investigation into my conduct “He claimed that there had been erroneous rumours that his involvement would be examined as well.

In response to suspicions that he is being probed because he publicly supported farmers’ anti-government rallies, he stated that he is willing to be investigated by the CBI and would even provide further information to aid the inquiry.

“I am not afraid, and I will continue to speak up for farmers. I’m not going to be intimidated, and I’m going to fight “Mr. Malik went on to say that even after he retires, he will continue to work on issues affecting farmers.