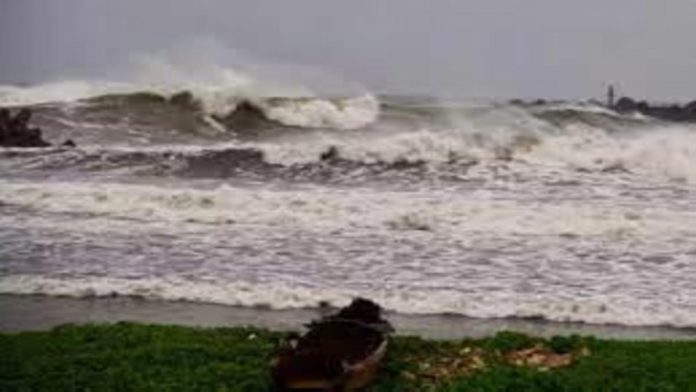 The cyclonic storm ‘Gulab’ is expected to make landfall between north Andhra Pradesh and south Odisha by late Sunday evening (September 26, 2021). At 11.30 a.m. on Sunday, the Cyclonic Storm was centred over west central Bay of Bengal, about 140 kilometres east-southeast of Gopalpur (Odisha) and 190 kilometres east-northeast of Andhra Pradesh’s Kalingapatnam, according to the India Meteorological Department (IMD).

PM Modi assessed the situation and assured Andhra Pradesh Chief Minister YS Reddy that the Centre will get all available support. Modi took to Twitter to say, “Assured all possible support from the Centre. I pray for everyone’s safety and well-being.”

Meanwhile, Odisha Chief Minister Naveen Patnaik convened a virtual conference in Delhi to assess the state of preparedness for Cyclone Gulab. The conference was also attended by the state government’s chief secretary and district collectors.

“Today I held a virtual meeting with the chief secretary and district collectors of Odisha to discuss the precautionary measure to be taken against Cyclone Gulab in the state. There is a total of ten districts which will be affected by the cyclone by today evening,” according to Patnaik, who spoke to reporters.