‘Party Will Decide,’ Uttarakhand CM Over His Seat For By Polls 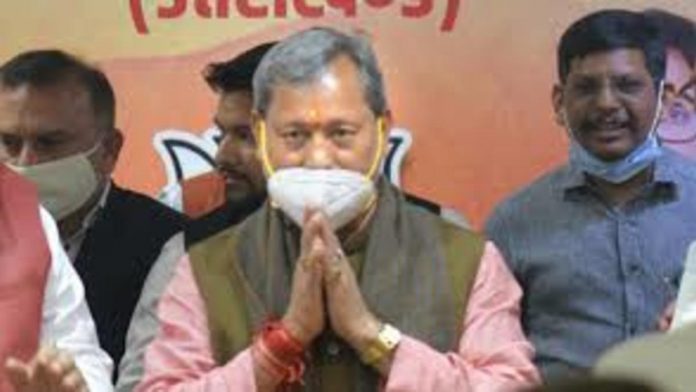 On Thursday the Uttarakhand Chief Minister Tirath Singh Rawat said that his party BJP will decide his seat from where he will be contesting the by polls. “I have always followed the instructions of the high command of the party and have played the role they have asked me. They have given me this role and have trusted me during the critical time,” he said.

“I will not decide that, party will take a call on that. Delhi will take the decision and I will follow that,” the chief minister said regarding to the by polls. A state Congress leader and a former state minister Navprabhat has hinted upon a constitutional crisis in Uttarakhand that may result in change in leadership again.

“A constitutional crisis appears to be brewing in Uttarakhand. At present Chief Minister Tirath Singh Rawat is not an MLA. To continue holding his post, Rawat has to be an elected member of the legislative assembly before the completion of six months on September 9. Now under, section 151 A of the Representation of the People Act, a by-election cannot be held in the event where only a year is remaining for the general elections,” Navprabhat had said.

Two seats in Uttarakhand assembly Gangotri and Haldwani are vacant as the MLAs sitting on these seats have died.

The incumbent Tirath Singh Rawat had sworn in as the chief minister on March 10 this year. At the time of his election he was a BJP MP from Garhwal. Rawat replaced Trivendra Singh Rawat who had to resign as an outcome of dissent against him within the state BJP unit.

Uttarakhand is going to have its state assembly polls in early months of 2022. BJP had won in 2017 with 57 seats out of total 70 assembly seats. While, Congress only won 11 seats.