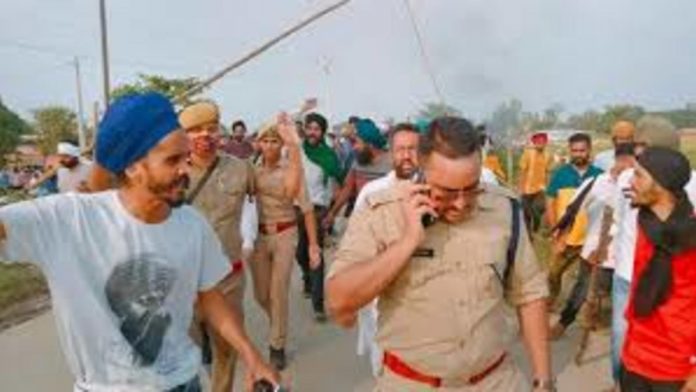 The Uttar Pradesh government has announced that a panel led by a retired High Court Judge will investigate the violence that occurred in Lakhimpur Kheri district on Sunday, which resulted in the deaths of eight people. The declaration came ahead of a Supreme Court hearing later today.

According to the order signed by UP Additional Chief Secretary Awanish Kumar Awasthi, a single-member commission will be led by retired High Court Judge Pradeep Kumar Srivastava. The commission has been given two months to conduct its investigation.

The matter will be heard today by a Supreme Court panel led by Chief Justice NV Ramana. Following a rising outrage over the UP Police’s conduct of the probe, media reports, and a letter submitted to the Chief Justice by two state lawyers, the court decided to take up the case. The letter demanded an investigation by the CBI, which would be overseen by the Supreme Court.

On Wednesday, Congress’s Rahul Gandhi and Priyanka Gandhi Vadra met two families who had lost loved ones in the incident. “Families are not satisfied with the post mortem reports. They want action against the culprit. They need justice. Everyone knows who is the accused,” Mr Gandhi said.

According to protest leaders, four of the eight were murdered when a car driven by Ashish Misra (son of Union Minister of State for Home Ajay Mishra) allegedly ran over them. Two BJP workers, Mr Mishra’s driver, and a journalist working for a private television channel were the other four. Ashish Misra had not been detained four days after being identified in a police report.

The police stated they were looking into the crash and had filed a complaint against 13 people. The father of Ashish Mishra has ruled out quitting, and he met with Union Home Minister Amit Shah in Delhi yesterday. When asked if the cops were under duress, Prashant Kumar, the state police’s Additional Director General, said, “What pressure? Families are satisfied, and the court is as well… How we act will be determined by the passage of time. We’ll arrest the criminal, charge them, and bring them to justice. We are conscious that the entire world is watching us “..

A lengthier, higher-quality video appears to refute the minister’s allegation that their Mahindra Thar was targeted. The footage shows no stones or sticks being hurled at the SUV as it ploughed into a group of farmers marching in front of it with their backs to it at high speeds. We have no way of verifying the video’s validity or the events that lead up to it.

The violence on Sunday was the deadliest in the farmers’ long-running protest against the Centre’s new agri laws, which began last year.

tokyohot jav MTALL-024 [Do you want to have a brain? - ] The best Onasapo ASMR Rurucha that can torture the brain and gold balls with a small devil dirty word. 230ORECO-073 Ena-chan Caribbeancom-050522-001 Floating bra wife who was too careless ~ Misunderstanding neighbor man broke in ~ 200GANA-2705 Seriously Nampa, first shot. - 1793 Picking up an older sister who is worried about the swelling of her boobs over the knit in Ginza! - "I've got a boyfriend (?) Recently, but I'm still ..." I was in agony, so I rushed to request SEX! - Shake the soft F cup and sprinkle it! - !! RCTD-466 Big Breasts Heel Women's Professional Wrestler Masakihime's Time Stop!