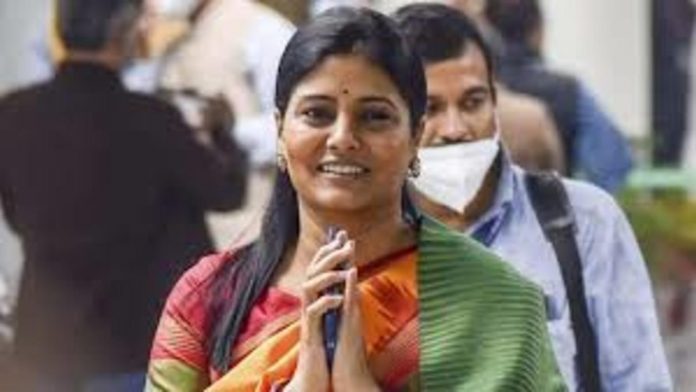 Patel is one of the 15 candidates whose names have been released by the SP. Despite the fact that she hails from Apna Dal (Kamerawadi), which her mother Krishna Patel founded a few years ago after a feud with Anupriya, she would run under SP’s banner. Anupriya’s Apna Dal (Sonelal) has fielded eight candidates so far in an alliance with the BJP.

Sirathu is part of the Phulpur Lok Sabha seat, which was originally won by Sonelal Patel, the sisters’ father. Pallavi is predicted to give Maurya a tough battle, given the presence of a sizable percentage of Patel (Kurmi caste) voters. Local cadre, however, were upset with Pallavi’s candidacy, according to sources in the SP, because the district unit wanted the ticket to go to Anand Mohan Patel, who had lost the seat to Keshav Prasad Maurya in the 2012 election. Anand Mohan was a member of the Bahujan Samaj Party at the time (BSP). He had joined the SP a few years ago and was planning to run for the seat.

“Pallavi has never been to Sirathu,” says the narrator. She’s a newcomer to the group. Nonetheless, the party would make every effort to ensure her success,” said Dayashankar Yadav, the SP’s district unit chairman, who met with party chief Akhilesh Yadav on Tuesday to hear local officials’ views on potential candidates.

Meanwhile, Swami Prasad Maurya, who defected from the BJP last month, will not run for re-election in his customary Kushinagar seat of Padrauna, and has been relocated to Fazilnagar. So far, the SP has refused to issue a ticket to his son Utkrist Maurya, who ran for the BJP and lost the last election in Unchahar.

Former minister Abhishek Mishra has also been fielded by the SP from Sarojini Nagar in Lucknow, shifting him away from the Lucknow North seat he lost in the last election. He will face Rajrajeshwar Singh, the BJP’s joint director of the Enforcement Directorate (ED). On Monday, Singh revealed his decision to leave the agency early and enter politics. Singh joined the ED in 2007 after serving with the state police as an encounter specialist. He looked into high-profile instances like the 2G scam, the Sahara case, the CWG case, the Aircel Maxis merger, and the INX Media case.