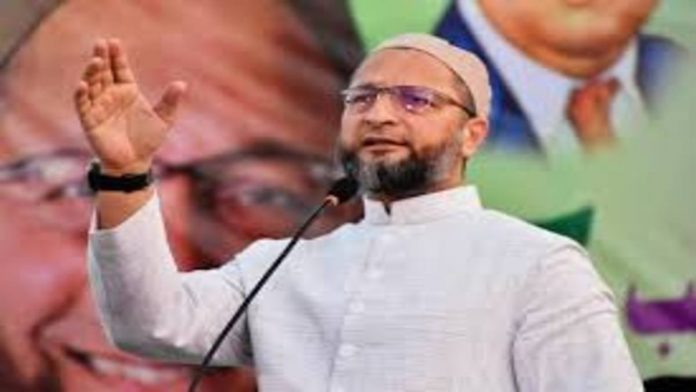 Asaduddin Owaisi, the leader of the All India Majlis-e-Ittehadul Muslimeen (AIMIM), said on Tuesday that his party’s main goal is to defeat the Bharatiya Janata Party (BJP) in the 2022 Uttar Pradesh assembly elections, even as he attacked successive governments led by the Samajwadi Party (SP), Bahujan Samaj Party (BSP), and Congress for the state’s poor plight of Muslims in the state.

On Tuesday, Owaisi launched the party’s election campaign in Rudauli, Ayodhya district, saying the AIMIM was willing to discuss a pre-poll coalition with the SP or BSP, but the discussion would focus on the Muslim community’s share of power if the alliance came to power in Uttar Pradesh. “Muslims constitute 19% population of UP whereas Yadav community leader becomes CM though they are mere 9% of the population. The Muslims are denied government jobs,” he added.

For all of its 93-year existence, the party was confined to Telangana’s Hyderabad, but it has recently expanded to Maharashtra and Bihar. It also attempted to expand into West Bengal, but failed to make a significant impact in this year’s assembly elections.

“The Muslims in UP are harassed and exploited. They have been denied a share in the power, education and basic facilities. They have been denied justice. The Muslim community in UP is leaderless and no political party is interested in addressing the grievances of the Muslims. The interest of political parties is in the vote of the Muslim community,” he added.

“The Muslim community believed in the false promises made by the SP, BSP and Congress. Due to the support of the Muslims, their leaders became prime minister and chief minister. Today, the Muslims in UP are feeling cheated as they have been dumped by the parties who sought their vote in the name of secularism,” added the four-time Lok Sabha MP.

Early next year, the 403-seat Uttar Pradesh legislative assembly will be elected.

Earlier in the day, in the presence of Owaisi, convicted mobster and former MP Atiq Ahmad and his wife Shaista Praveen joined the AIMIM. Ahmad, a five-time legislator and one-time MP, is facing more than 90 criminal charges, including murder charges. He is being held in a Gujarat prison. On the orders of the Supreme Court, he was transferred there from Uttar Pradesh in 2019.

Owaisi defended his choice to induct Ahmad, who is facing many criminal charges, by claiming that several BJP leaders are facing similar charges. “In UP, 37% of BJP MLAs have criminal cases; 116 BJP MPs have serious criminal cases and most of them have cases related to crime against women,” Owaisi stated.

The ruling BJP, however, sharply reacted to his assertion and the development. “Giving protection to a notorious criminal like Atiq Ahmed in the name of providing protection to the community, inducting him and his wife in AIMIM shows Owais’ mentality. But keep in mind that Yogi Ji will not allow Jinnah’s jehadi mentality to flourish in UP,” BJP Kannauj MP Subrat Pathak said in a tweet in Hindi.

On Wednesday, the AIMIM chief would speak at a ‘vanchit-shoshit samaj’ (deficient and victimised communities) conference in Sultanpur, and the following day in Barabanki.

Surendra Rajput, a spokesman for the UP Congress committee, claimed Owaisi has not initiated a movement against the BJP government’s mismanagement of Covid-19 in Uttar Pradesh, nor has he stated his position on farmers’ protests over three farm laws. “On the direction of the BJP, he has come to UP to divide the Muslim community. The AIMIM is not interested in the welfare of the Muslim community in UP but it wants to disturb the communal harmony,” Rajput said.

According to BSP state unit president Bhim Rajbhar, Owaisi has come to UP as the assembly elections approach. “He did not visit UP when the Muslim community were harassed by the ruling BJP. The BSP government has worked for the welfare of the Muslim community, several schemes for the Muslims were launched when BSP chief Mayawati was chief minister,” Rajbhar remarked.