Opposition Needs To Unite In Each Lok Sabha Seat To Win Upon BJP In 2024 Elections, Says AIMIM Chief 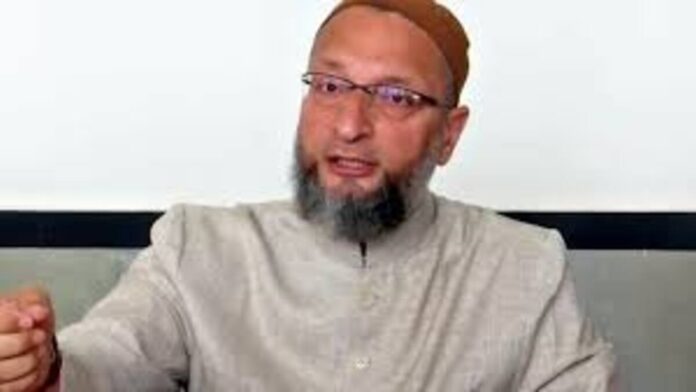 Asaduddin Owaisi, the leader of the All India Majlis-E-Ittehadul Muslimeen (AIMIM), has claimed that if a specific candidate is put up against Prime Minister Narendra Modi in the 2024 Lok Sabha elections, the BJP will have a distinct advantage over the Opposition parties.

The leader of AIMIM stated in the most recent episode of “Podcast with Smita Prakash” that the opposition must unite in each Lok Sabha district to defeat the BJP.

Owaisi stated, “The Opposition must to strive to put up a fierce battle in each of the 540 parliamentary districts. If only one opposition candidate challenges the BJP, the latter will gain. When facing off against (Arvind) Kejriwal or Rahul Gandhi, Modi would have the upper hand.”

In an effort to topple the Modi administration in 2019, the Opposition had created a powerful alliance. The coalition finally broke apart because it was unable to achieve its goal.

The AAP has asserted that with the 2024 Lok Sabha elections in the forefront, the contest will be between Arvind Kejriwal, the chief minister of Delhi, and Prime Minister Narendra Modi.

The AAP asserted that Kejriwal’s rising popularity, his style of government in the capital, and the AAP’s developing electoral base throughout the nation have the BJP and PM Modi unnerved.

Telangana Chief Minister K Chandrashekar Rao, a well-known BJP-baiter at the federal level, reorganised his Telangana Rashtra Samithi party into the Bharat Rashtra Samithi (BRS) and obtained official recognition as a national party in an effort to defeat the saffron party in the local elections.

In response to the question of whether PM Modi and Mamata Banerjee, the leader of the TMC, should be set against one another, the head of AIMIM replied, “A recent meeting between Union Home Minister Amit Shah and Mamata Banerjee took place. So, it’s unclear if she should represent the opposition against PM Modi.”

The chief minister of West Bengal had earlier urged the leaders of all the states controlled by the opposition to band together and fight the BJP as a single force in 2024.

The AIMIM leader declared, “CM Banerjee passes a resolution in the Parliament criticising the BJP but then praises PM Modi.”