‘Opposition Being Hand In Glove With Foreign Governments,’ Alleges Imran Khan In Address To Nation Ahead No-Trust Motion 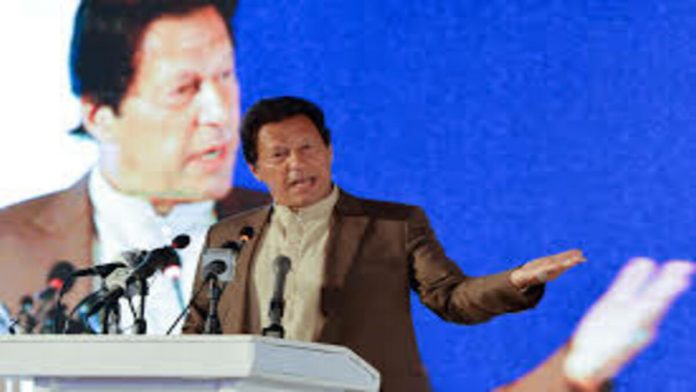 Amid the political crisis and questions on country’s sovereignty, Pakistan Prime Minister Imran Khan has asked the citizens to come on streets and peacefully protest against the “important government”. He alleged that the opposition along with foreign governments are trying to topple his government as they want a flexible man at the top to get out of corruption charges and make money.

“We got to know that US diplomats were meeting our people. Then we got to know about the entire plan,” he said saying that he does not have the freedom to reveal all the details in concern with the national security.

On his address to the nation last night ahead of no-trust vote against him on Sunday, he slammed the opposition of being involved in horse-trading of politicians. He even accused the national media of “celebrating” the government’s fall.

Referring to India, he said that no superpower has the power to dictate terms to it as it’s a sovereign country. “None of them has the guts to speak to India like that,” he said.

The Supreme Court on Thursday overturned a move by PM Khan to impede a parliamentary vote trying to remove him. The excusal of the no-confidence against Prime Minister Imran Khan was “unconstitutional”, the Pakistan Supreme Court said. It ordered reconstitution of the national Assembly and requested the Speaker to call a session.
The no-confidence vote against PM Imran Khan will now take place at 10 am on Sunday.

Speaking during the address, PM Khan said that he was saddened by the Court’s verdict though “I respect the Supreme Court and the judiciary, but it should have looked at a threat letter before issuing its verdict”.

If Mr Khan loses, he will be the first Prime Minister to be removed through a no-trust vote. The opposition could then nominate its own Prime Minister and hold power until August 2023, by which date fresh elections have to be held. No Prime Minister has ever seen out a full term in Pakistan since its inception.

In Pakistan’s history, no Prime Minister has ever completed his full tenure of five years.