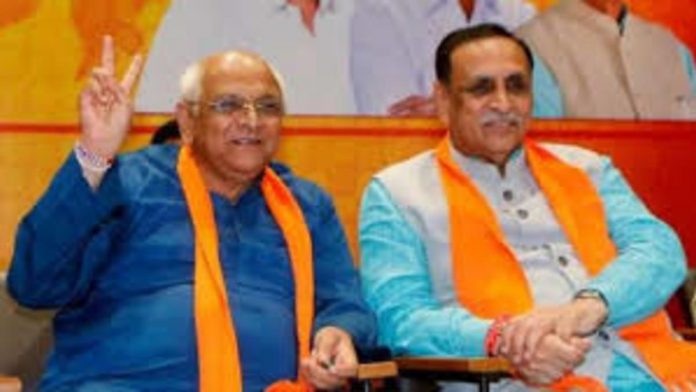 According to the sources total twenty seven MLAs including Harsh Sanghvi, Arvind Raiyani, Nareshbhai Patel and Manisha Vakil will probably be included in the new cabinet of Gujarat Chief Minister Bhupendra Patel. Names of ten MLAs were surfaced before the oath taking ceremony on Thursday.

The ten MLAs who were invited for the oath-taking ceremony include:

The new cabinet will sworn-in on Thursday, confirmed The Gujarat Chief Minister Bhupendra Patel in a tweet. The ceremony will start at 1.30 pm at Raj Bhavan in Gandhinagar.

The new CM Bhupendra Patel is a first-time BJP MLA from Ghatlodia seat, who has succeeded Vijay Rupani on Sunday. He took over his post after taking oath of  Monday.

The twenty seven MLAs will also take oath today, sources told media. The new cabinet is filled with new faces, therefore the party is trying to convince those who are not haappy with the resuffling in the party, said sources from the BJP.

The sources also said that the Deputy Chief Minister Nitin Patel and Education Minister Bhupendrasinh Chudasama could be dropped from the new cabinet under Bhupendra Patel.