Not Received Any Support From Delhi Govt Despite Living For 20 Years, Says CWG Medalist Divya Kakran 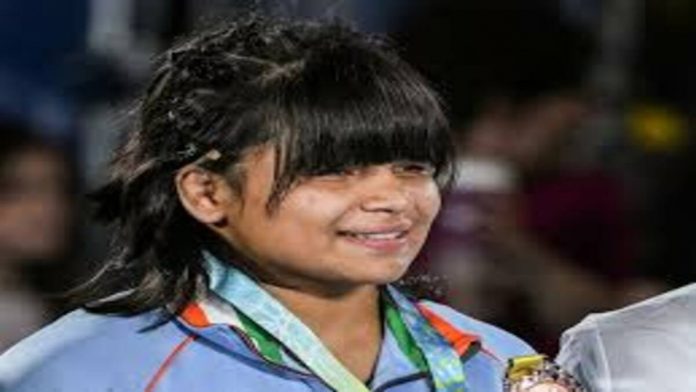 Divya Kakran, a wrestler who took home a bronze medal from the current Commonwealth Games, tweeted on Sunday that despite training and living in Delhi for the past 20 years, the state government has never given her any money or assistance.

She was responding to Arvind Kejriwal, the chief minister of Delhi, congratulating her on her most recent victory.

“I sincerely appreciate the Chief Minister’s congratulations, and I thank him for them. I’ve lived and practiced wrestling in Delhi for the past 20 years, but up until this point, the state hasn’t given me any grants or assistance,” she tweeted.

I ask that you treat me with the same respect that you do other athletes who, despite being from Delhi, represent a different state.

The entire nation is proud of you, sister, Saurabh Bharadwaj, the national spokesperson for the Aam Aadmi Party, stated in response to the post. However, I can’t recall you playing for the Delhi state. You’ve always represented Uttar Pradesh whilst playing. But a player is a citizen of that nation. You shouldn’t anticipate Yogi Adityanath ji to bestow any honors. The Delhi CM will certainly pay attention to you.

The Delhi government responded to Kakran’s tweet with an official statement that read, “The Delhi administration respects all sportspeople in the country and wishes for a happy future for them. Divya Kakran is currently a player for Uttar Pradesh. The state government will definitely check into what she has claimed if she played for Delhi, participated in any sports programs there, or applied for any such programs.

Kakran had previously informed Kejriwal that Delhi has not provided her with the support she had hoped for.

After winning a bronze medal at the Asian Games in 2018, Kakran told Kejriwal during a ceremony of congratulations that she had not received any help during her training.

“Nothing was done for me when I won a medal in the Asian Championships. I’m from a pretty difficult background. You should consider helping out underprivileged kids. You called us here today, yet nobody comes to our aid when we most need it. We can give our everything and even receive a gold if we receive assistance when we most need it. You had contacted and stated you would assist us when I received a medal during the CWG. In order to train for the Asian Games, I had requested assistance, but nothing happened. I wrote a letter outlining my requests, but after that no one even returned my calls. While I am receiving praise today, assistance wasn’t given to me when I needed it. Please keep in mind the young ones just beginning out. There are not many medals for Delhi. See how Haryana rewards medal winners with Rs 3 crore. According to her, Delhi has now decided to increase the amount from Rs. 20 lakh to Rs. 1 crore.

At the time, Kejriwal had pledged his support for her.