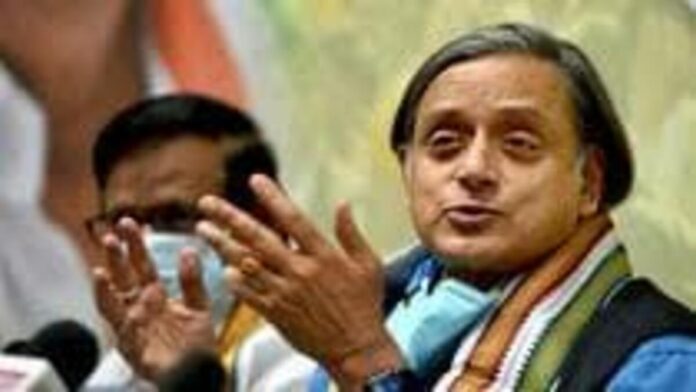 The nomination papers submitted on Friday for the Congress presidential election by Rajya Sabha Leader of Opposition (LoP) Mallikarjun Kharge and former Union minister Shashi Tharoor were studies in contrast.

Both the Gandhi family’s supporters and the G23 group of politicians, who advocated for internal reforms, backed the Karnataka leader. On the other hand, the Thiruvananthapuram MP refused to provide the names of his supporters, and one of the figures who backed his candidacy claimed they were being pushed to reconsider.

A candidate needs 10 proposers in order to run in the election on October 17. Several of the most senior leaders in the Congress were among the 14 pages of proposals that Kharge, 80, submitted. This included AK Antony and Ambika Soni, who were ardent supporters of the Gandhi family, Ashok Gehlot, the chief minister of Rajasthan, who withdrew from the race following a rebellion by his supporters last week, and Digvijaya Singh, the former chief minister of Madhya Pradesh, who withdrew his name from consideration after Kharge’s name was made public on Friday. Many of the G23 leaders, including Mukul Wasnik, Bhupinder Singh Hooda, Anand Sharma, Prithviraj Chavan, and Manish Tewari, were also on Kharge’s side.

In response to a letter sent to Sonia Gandhi in June 2020 calling for changes in the party, Hooda stated, “We merely wrote a letter, we are not part of any organization.” “It has no significance. We assisted a former coworker. Sharma and Tewari, who have been criticizing the Congress leadership for failing to implement reforms since August 2020, did not answer to HT’s inquiries.

Tharoor, in contrast, submitted five pages worth of proposals. According to HT, these includes, among others, MPs Karti Chidambaram of Sivaganga, Mohammed Jawed of Kishanganj, and Pradyut Bordoloi of Nawgong. Tharoor had attended a few G23 meetings, but it didn’t seem like he had much of a following there.

One additional proposer on Tharoor’s list stated, “We will make the list public once the review of all the papers is over,” adding, “One of the proposers from Uttar Pradesh has already received a call to rethink his support and they had many things to ask.” On Saturday, the nominations will be examined.

The Gandhi family does not favor any particular candidate, according to the official statement from the Congress, and they favor a free and fair election. Madhusudhan Mistry, the party’s poll in-charge, stated, “They (Gandhis) are extremely clear that they do not back A, B, or C candidate.

However, it was evident that supporters of the Gandhi family were on Kharge’s side.

In the last few days, Antony, one of Kharge’s proposers, was instrumental in bargaining with numerous opponents. He was actually brought out of retirement to locate Sonia Gandhi, the party’s interim president since 2019, a suitable replacement.

“Khargeji’s outstanding contributions to the party and the nation are well known. The backing he is receiving from well-known INC figures does not surprise me. With a few notable instances, Congress employees always suggest Dr. Tharoor’s name. They may not be highly known, but they can vote and speak,” tweeted Salman Soz, the leader of the Congress.