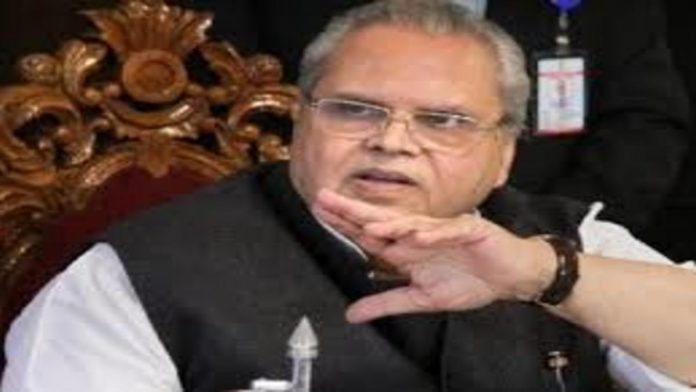 Not fearing of losing his post, Meghalaya Governor Satya Pal Malik on Sunday took a dig out at the BJP and the Centre on the farmers’ issue and the Central Vista project.

In his remarks, the governor said that the ministers in Delhi expresses their condolences even on the death of a dog but none of them have expressed their condolences for the deaths of about “600” farmers in their long fight against the three contentious farm laws.

He even referenced the assassination of then Prime Minister Indira Gandhi, requesting the government not to spread hatred against the Sikh community.

Mr Malik who has served in Goa, Jammu and Kashmir and now in Meghalaya during the tenures of Prime Minister Narendra Modi, has been continuously serving as a critic for the government.

He made his latest remarks while addressing the Jat community in Jaipur.

The governor even said that he is not in any fear to lose his position for criticizing the government over the farmers’ issue and that he will resign whenever he is asked to.

He also said that the farmers who are still protesting will not return their homes until they get something in their hands.

Stressing the incident of the Republic Day violence, he said  that after the Prime Minister its the right of Sikhs and Jats to hoist the national flag at Delhi’s Red Fort.

These are the two communities which form the bulk of the protesting farmers at the Delhi borders.

Referring the farmers’ protest against BJP ministers in Haryana, he said Chief Minister ML Khattar’s helicopter can’t land in any village in the state.

He likewise slammed the government over the Central Vista redevelopment project, saying it would have been exceptional if it built a top notch college rather than another Parliament working as the country needs quality education.