No Intention Of Campaigning Against BJP In UP Polls, Says Tikait 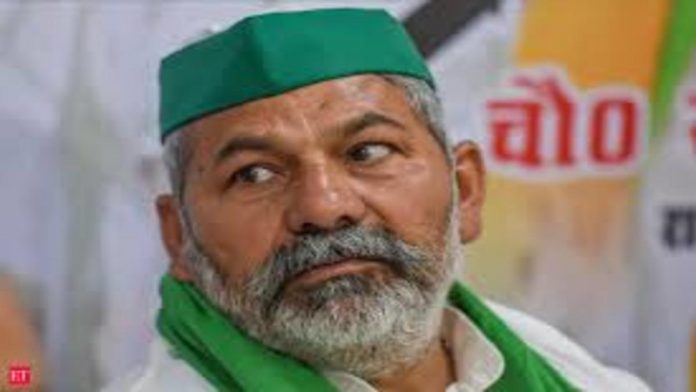 Face of farmer’s protest leader Rakesh Tikait on Sunday avoided straightforwardly standing against the BJP, saying that they havent yet decided of battling against the party in the the upcoming UP assembly polls.

“We campaigned against BJP in West Bengal elections, but we have not decided about doing the same yet in UP, ” he told media.

This comes just two days after the repealing of the three farm laws. While announcing the cancellation of the three laws Prime Minister Modi’s administration said that the farmers failed to understand government’s intent behind the legislations.

However, Mr Tikait has said that “neither Modi ji nor any one else has spoken to us since the withdrawal announcement was made”. “We got to know of the decision only through the media,” he further said.

He also said that the farmers are still waiting the government’s move so that they can decide their further course of action. “Let govt fulfil our other demands ranging from MSP and others and then we will take a call,” he said.

Referring the UP assembly polls, Mr Tikait said that the BJP’s agenda can be polls, not his. “Elections are still far away. Yogi govt has not delivered for farmers. Let them come up with a farmers’ face and show true commitment to farmers issue,” he added.

He said that the government is late in repealing the laws and the advisors to PM should have advised him earlier.

In the mean time, Samyukta Kisan Morcha (SKM), an umbrella body to the farmers unions, will hold a mahapanchayat in Lucknow on Monday to press for law ensuring MSP. The gathering, is decided to be held at Eco Garden in Uttar Pradesh capital, was arranged a long time before Prime Minister Narendra Modi on Friday announced the cancellation of the three farm laws.

The SKM, in a public conference held at the Singhu border today, said that protest will be held according to plan for now. It further added that a gathering will be hung on November 27 to settle on the future strategy.

In spite of the centre’s surprise declaration, farmer’s leaders have kept up with the protesters wont move until the three farm laws are officially cancelled in Parliament. They have additionally shown the stri for a legal assurance of Minimum Support Price (MSP) and withdrawal of the Electricity Amendment Bill will proceed.