‘No Discrimination With Any Community In UP,’ Says State BJP Chief 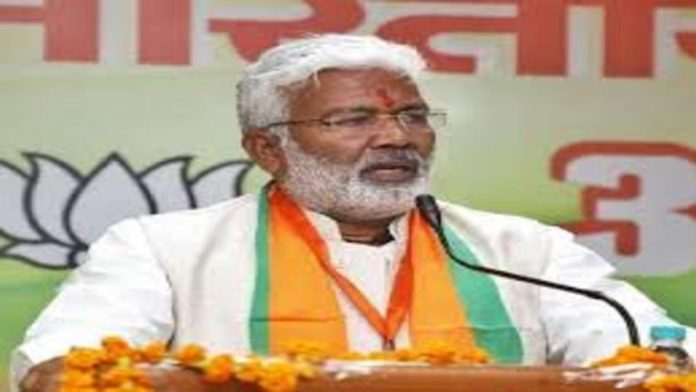 The Bharatiya Janata Party is walking carefully in poll-bound Uttar Pradesh, where multiple political parties are courting its caste-based core voters, and is focusing on courting individuals from all castes and religions on the promise of “peace” and “better law and order.”

The ruling party’s bigger message to various populations is “Sabka saath, sabka vikas” (With everyone, for everyone’s advancement), giving examples of how Muslims have benefited from central government programmes and that better law enforcement isn’t only for one community.

“Members are living in peace now, and this peace is for everyone, whether Hindus or Muslims, or people of any political party,” Swatantra Dev Singh, the BJP’s Uttar Pradesh unit president, stated.

‘There will be no discrimination.’
He said that the government’s plans reach everyone without discrimination. According to the BJP leader, he visited Muzaffarnagar this week and visited a colony where 100 pucca houses were built for Muslims and an equal number of houses were assigned to Hindus.

Singh, on the other hand, remained silent on the matter of RLD president Jayant Chaudhary dismissing union home minister Amit Shah’s suggestion to align with the BJP by labelling it a polarising party. The president of the BJP in Uttar Pradesh stated that his party never talks about polarisation.

“We talk about antyodaya, reaching out to the last guy in line,” Singh continued. “We talk about pucca houses for the poor, good drinking water for every household, cattle and people’s safety.”

Jayant Chaudhary stated that he will never form an alliance with a party that divides people, and hence no agreement with the BJP is feasible. After Amit Shah told a meeting of Jat leaders in Delhi that the RLD chairman had picked the wrong home, the BJP’s doors were still open for him, he made his statements.

Swatantra Dev Singh insisted that the meeting with Shah was a typical gathering of BJP activists where debates on broadening the party’s reach were held, “unlike the SP, which is a party of dynasty and one gotra (lineage).” He further said that the Jats are on board with the BJP and that the party will win 300 of the 403 assembly seats in Uttar Pradesh.

Singh subsequently turned his attention to the Samajwadi Party and its “gundaraj” rule (lawlessness).

“Criminals used to grab people’s jewellery and scooties, and there were no reports filed.” Criminals are fleeing the state under the Yogi Adityanath administration, while traders are flocking in,” Singh remarked.

He also responded to Siwalkhas candidate Ghulam Mohammad of the SP’s claim that the “Hindu exodus” from Kairana was a BJP fabrication rather than a reality.

‘Vote for Yogi-Modi’
Swatantra Dev Singh, concerned about public resentment towards party candidates, urged people to vote for the Yogi-Modi ticket for the state’s better future.

“Do not turn your back on Yogi-Modi; otherwise, the country would never forgive you.” “Your daughters would be forcibly snatched up in the night if the SP-BSP wins,” Singh told a small group of voters.

For the February-March elections, the party’s state unit has decided to go with this tried-and-true mix, emphasising that this election is about the nation, not area or caste.

“You may be upset with me or the candidate because we didn’t respond to your pleasantries or dine with you, but this election is bigger than that.” This is aar paar ki ladai (fight) (the final war). “Choose a better future for your descendants,” Singh said at a major voters’ meeting in the Kithore assembly constituency of Kharkhauda.

To emphasise the point of improved peace and order, the BJP has told voters that there have been no riots in the state since Yogi Adityanath took office.