No Clash In UP During Ram Navami Procession. CM Yogi Highlights On New Development Agenda 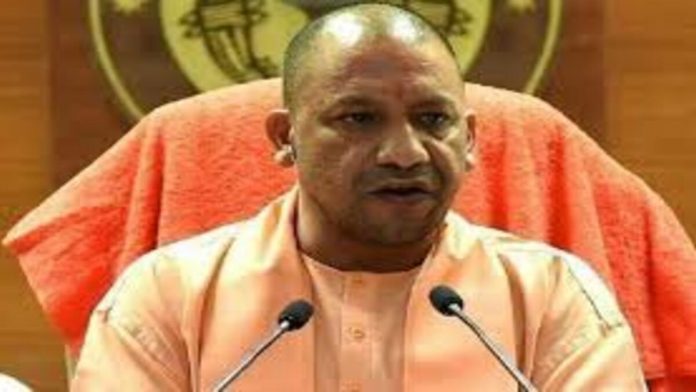 Amid clashes in several states on the occasion of Ram Navami, Uttar Pradesh Chief Minister Yogi Adityanath has asserted that there is “no tension at all, not even tu tu main main” in the state even after the coinciding of Ram Navmi and the holy month of Ramzan.

Addressing an event in Lucknow on Tuesday, the Chief Minister said this to highlight UP’s new development agenda.

He said, “even after there must be 800 Ram Navami processions with Roza iftaar programmes being on, there was no sign of any clash in the state, this is a symbol of UP’s new development agenda. There is no space for riots, lawlessness or goondagardi anymore,” said the Chief Minister.

This comes after there were clashes reported during Ram Navami celebrations in States like Madhya Pradesh, Jharkhand, Gujarat and West Bengal. Two people were even killed, while several were injured.

In Madhya Pradesh’s Khargone, huge violence erupted after stones were pelted on Ram Navami procession going through a Muslim-dominted part of the town. The state’s BJP government has since detained 94 individuals and sent off a demolition drive focusing on the people who supposedly pelted stones.

Yogi Adityanath’s remarks come at a time questions have been raised about his government not making a move against a Hindu priest’s hate speech outside a mosque in Uttar Pradesh’s Sitapur region toward the start of the Navratra celebration. The priest, Bajrang Muni, supposedly took steps to kidnap and rape Muslim ladies. The police have enlisted a case yet still can’t seem to arrest him.