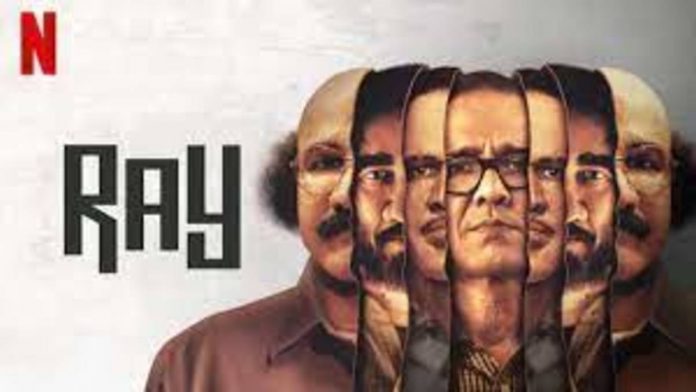 Netflix’s upcoming anthology, based upon Satyajit Ray’s stories, is set to release on June 25. The OTT platform on Friday delivered another teaser giving a brief look at the heavenly star cast, and titles of the short movies. Ray stars Kay Menon, Manoj Bajpayee, Ali Fazal, Harshvarrdhan Kapoor and Radhika Madan among others.

The four stories would be based upon truth, betrayal, love and trust integrated by the visionary composition of Ray. It will also explore the weaknesses and various shades of the characters. The anthology has been directed by Abhishek Chaubey, Srijit Mukherji and Vasan Bala.

Netflix shared the teaser by captioning, “Great actors, amazing directors and unique stories from a legendary writer! BRB, pinching ourselves to see if this is actually real 🤯 #Ray, premieres June 25!.”

While Ali Fazal’s short is named ‘Forget Me Not’. Kay Menon changes himself for ‘Bahrupiya’. Manoj Bajpayee and Gajraj Rao will star in ‘Hungama Hai Kyon Barpa’ while Harshvarrdhan Kapoor’s film is called ‘Spotlight’.

2021 is the centenary year of Satyajit Ray. Celebrated for his notable cinema, the auteur is likewise the maker of the iconic Feluda series. He is commended for keeping in touch with the absolute best short stories India has at any point seen. Limitlessly fluctuating in genre and style, these stories are loaded with thrills, twists and turns with a compelling emotional core keeping you totally snared till the end.