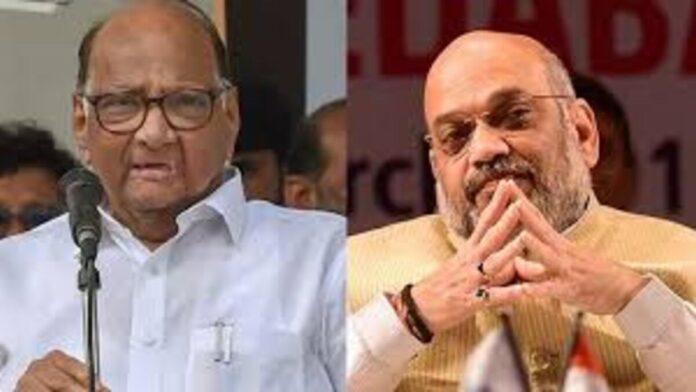 Sharad Pawar, the leader of the Nationalist Congress Party (NCP), remarked on Sunday, January 8, 2023 that it would have been preferable if the temple’s priest had said that the Ram temple in Ayodhya will be completed by January 1, 2024, rather than Union Home Minister Amit Shah. The former Union Minister questioned whether Shah was involved in the temple controversy and asserted that it was being brought up to deflect attention from more pressing problems.

“I’m not sure if the Ram Mandir inauguration date has anything to do with the Union HM. There is no issue if Shah assumes the role of the pujari, but it would have been preferable if Ram Mandir’s pujari had said this “He informed the press.

“Issues like Ram Mandir are being raised to divert real issues,” Pawar added

The Ram temple will be completed by next January, when the Lok Sabha elections will be held, Shah stated earlier this week while speaking at a rally in Tripura, a state that is close to going to the polls.

The move is being interpreted by the BJP’s political adversaries as a sign that the Ram Mandir issue, which has been a campaign issue for the saffron camp since its leader LK Advani embarked on a Rath Yatra to raise awareness of it in 1990, could once again be a focal point of the ruling party’s campaign in the upcoming general election.

It is noteworthy that the BJP, which had suffered politically from Rajiv Gandhi’s election in 1984 as well as the Mandal Commission award in the late 1980s, was thought to have risen significantly as a result of Advani’s Rath Yatra in the 1990s.

A movement to demolish the Babri Mosque in Ayodhya, which some people think was built on the location of a palace where Lord Rama was born, was also born during the Rath Yatra. The mosque was publicly destroyed in December 1992 by members of the Saffron Brigade.