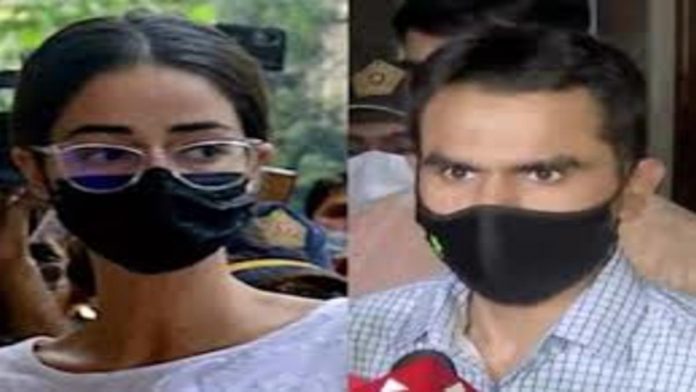 In connection with the NCB’s investigation into the Mumbai drugs case in which Shah Rukh Khan’s son Aryan Khan was detained earlier this month, Bollywood actor Ananya Panday has been summoned to appear before the agency at 11 a.m. on Friday.

Ananya Panday was summoned to the NCB office on Friday for a second round of interrogation. She arrived at the agency’s office around 2:00 p.m. on Friday.

The actress was reportedly punished by NCB zonal director Sameer Wankhede for arriving three hours late to the agency’s headquarters.

According to reports, Sameer Wankhede told Ananya Panday that the NCB is a “central agency office” rather than a “production house.”

According to insiders, the Bollywood star was told to arrive at the agency’s headquarters on time.

ON FRIDAY, NCB GRILLED ANANYA PANDAY FOR 4 HOURS
On Friday, Ananya Panday was interrogated for about four hours at the Narcotics Control Bureau’s office in Mumbai.

Ananya Panday had already appeared in front of the NCB on Thursday after being called by the agency in connection with the Mumbai cruise narcotics case. Her laptop and phone were also seized by the NCB.

During its investigation into the matter, the NCB allegedly retrieved her drug-related chats with Aryan Khan from the latter’s phone.

“At one point during the chat between Aryan Khan and Ananya Pandey, Aryan was talking to Ananya about ganja,” according to NCB. Aryan was inquiring whether there was any ‘jugaad’ that could be used to organize the weed.”

“I will arrange,” Ananya Panday responded.

“I was simply joking,” Ananya Panday said when NCB showed her this chat during interrogation on Thursday.

She was summoned for a second round of questioning on Friday after the Thursday interrogation.

The NCB has called her for a third round of interrogation on Monday, October 25. According to sources, NCB officers were unable to locate proof during Ananya Panday’s interview on Friday, which is why she has been summoned again.