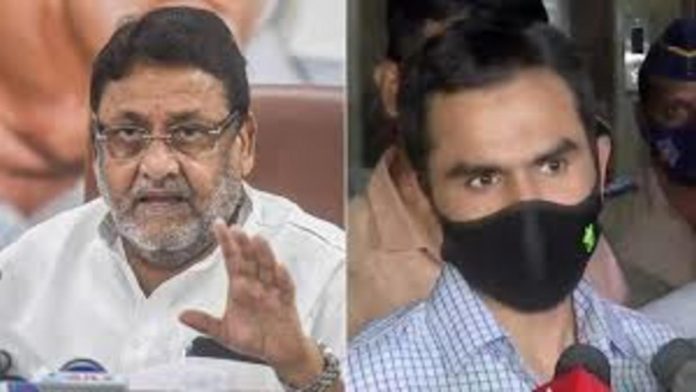 The Zonal Director of NCB’s Mumbai unit, Sameer Wankhede told media that his family is being attacked by Maharashtra minister Nawab Malik and that he will take a legal action against it.

This came after the NCP leader Nawab Malik alleged that Sameer Wankhede was in Maldives when many Bollywood celebrities were vacationing there during the time of pandemic. He said that the extortion took place in Maldives and Dubai, he said he has pictures to prove the same.

Responding to these allegations, Mr Wankhede said, “The minister is saying wrong things. It is an absolute lie. I went to Maldives with my children for a vacation. I took proper permission from the competent authority for the same. I didn’t meet anyone and I don’t want to give any further clarification on these kinds of accusations. In December, I was in Mumbai, at the time when he said I was in Dubai. This can be investigated.”

He further said, “My family is continuously being attacked — from my sister to my father. This is only because I am fighting for the truth and against drug activity. I will take appropriate legal action as the minister has levelled many wrong accusations. I will take legal recourse. We have a justice system, I will take their help after taking permission from my seniors.”

In his statement Maharashtra minister and NCP leader Nawab Malik said, “Attempts were made to implicate certain people in false cases. During the Covid-19 pandemic, the entire film industry was in Maldives. What was the officer [Sameer Wankhede] and his family doing in Maldives and Dubai? This has to be clarified by Sameer Wankhede. We demand that he clarify whether he was in Dubai.”

“Was his family in Maldives when the entire film industry was there? What was the reason behind them going there? We are very clear. All this vasuli [extortion] took place in Maldives and Dubai and I will release those photos,” the minister added.
Mr Malik even stressed for checking the WhatsApp chats of Sameer Wankhede, saying that it will clear how fake the NCB cases are.