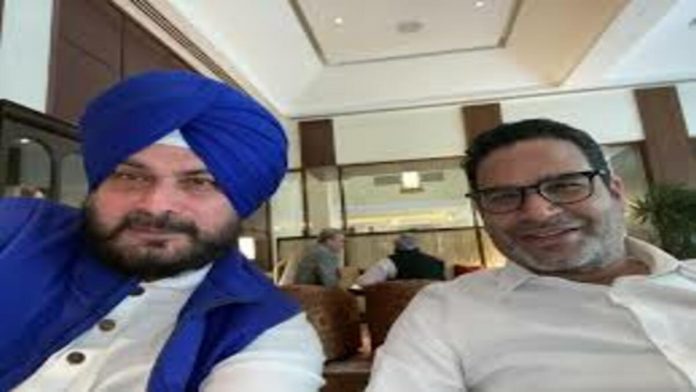 Poll strategist’s tweet denying Congress’ offer to join party came shortly after a tweet by the party leader Navjot Singh Sidhu. The cricket-turned politician had shared a picture of himself with Kishor and captioned it “”Had a wonderful meeting with my old friend PK… Old wine , Old gold and Old friends still the best !!!”.

Close sources of Mr Sidhu said that the meeting took place in Delhi.

Earlier also, Mr Sidhu had spoken about his multiple meetings with Prashant Kishor, who was trying to get the poll strategist to join the grand old party while planning out the party’s campaign ahead of 2016 assembly elections in Punjab.

“Prashant Kishor met me at least 60 times asking me to join the Congress,” he told NDTV.”PK said the Congress won’t get over 30-35 seats. If you (Sidhu) come, there will be a swing of 7-8 per cent,” said Navjot Singh Sidhu.

“Then Bhai rang me up,” he added, refering to Rahul Gandhi, saying he figured out how to convince him to join the party.

Mr Sidhu needed to step down from the post of the state party chief after the Congress’ devastating loss to Arvind Kejriwal’s Aam Aadmi Party in the as of late closed assembly elections in Punjab.

Mr Kishor today completely dismissed the Congress deal to get the party together with an opening in its inside strategy group. The proposition clarified that the party’s inner hesitations about his proposed clearing changes won and he wouldn’t be given a free hand to do them.

“In my humble opinion, more than me the party needs leadership and collective will to fix the deep rooted structural problems through transformational reforms,” he tweeted.

The Congress had made its position clear on Friday – after a progression of meetings where Mr Kishor made definite introductions about his arrangements. A few chiefs who had doubts about his entrance, including veteran leader Digvijaya Singh, had recognized the designs to be thorough and useful.