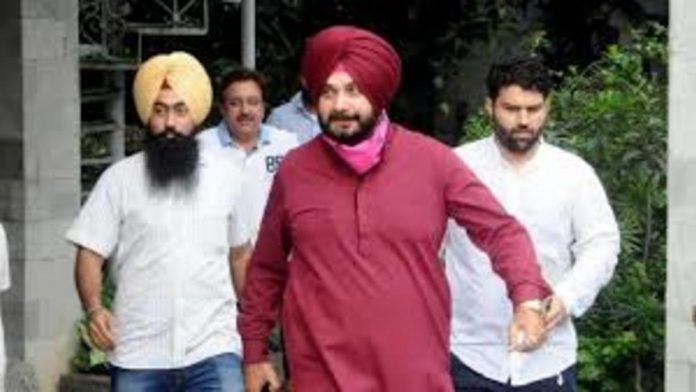 Navjot Singh Sidhu uploaded a video the day before his meeting with the party leadership in which he discussed the different concerns plaguing Punjab. He also thanked the Congress’ top brass for “facilitating” him, while emphasizing that “compromises can never be made.”

“I have ‘Ishq with Punjab,” Sidhu is heard saying in the video. What does the word ‘Ishq’ mean? People believe it is a physical issue. No….. It shatters all bonds, and this is the kind of ‘Ishq’ I have for Punjab. Those who comprehend my ‘Ishq’ for Punjab will never accuse me of anything.”

“You should be facilitated,” he added, “and this is done by the top command.” I will be eternally grateful to them. But how can we progress by making concessions? “Like a monster, this system rises up and bites you.”

Navjot Singh Sindhu, who resigned from the PPCC chief office many weeks ago, will meet with the Congress central leadership today. Party general secretary KC Venugopal and Punjab in-charge Harish Rawat will attend the meeting. Rawat has previously stated that the conference will focus on the Punjab Congress’s organizational issues.

“Navjot Singh Sidhu, President Punjab Congress, will be visiting me and KC Venugopal on October 14 at Venugopal’s office (in Delhi) for discussion on some organizational problems pertaining to Punjab Pradesh Congress Committee,” Harish Rawat tweeted.

In September, only days after Charanjit Singh Channi was sworn in as Punjab’s new Chief Minister, Navjot Singh Sidhu resigned as the PPCC’s chief. After his resignation, Sidhu will meet with the party leadership for the first time today.