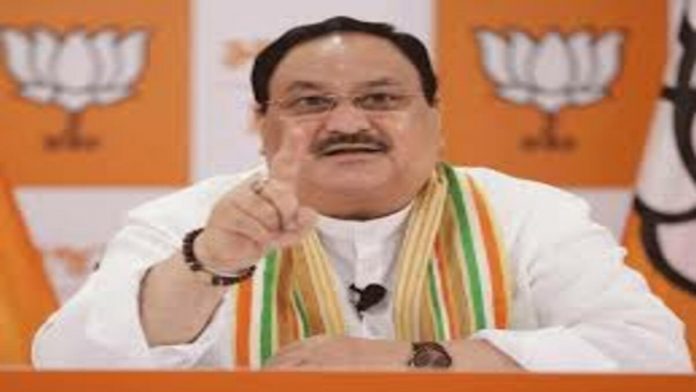 In response to a statement published by 13 opposition leaders regarding escalating communal violence in India, BJP chief JP Nadda addressed an open letter on Monday, claiming that similar episodes of communal violence occurred while the Congress was in power.

“Similarly, under Congress governments, the most heinous killings of Dalits and Tribals have occurred. He went on to say, “This is the same Congress that defeated Dr. Ambedkar in Parliamentary elections.”

“Today, when people of all faiths, ages, and walks of life have come together to overcome poverty and propel India to new heights of growth,” he wrote, “I would urge the Opposition to shift course and embrace development politics.”

Opposition leaders published a statement on Saturday accusing Prime Minister Narendra Modi of being mute in the face of escalating communal violence in India.

“We are disturbed by the Prime Minister’s silence, who has failed to speak out against those who preach intolerance and those who, by their words and acts, agitate and provoke our society,” the opposition parties said in a statement. The fact that such private armed mobs enjoy the luxury of state patronage is eloquently demonstrated by their silence.”

“We strongly condemn the current surge of communal violence that has erupted across the country. We are really concerned, as reports suggest a nefarious pattern in the places where these incidents have occurred. The forceful armed religious processions unleashing communal bloodshed were preceded by incendiary hate speeches, according to the opposition parties’ united statement.

The Congress, Trinamool Congress, Nationalist Congress Party, CPI(M), CPI, DMK, RJD, JKNC, and others are among the signatories.