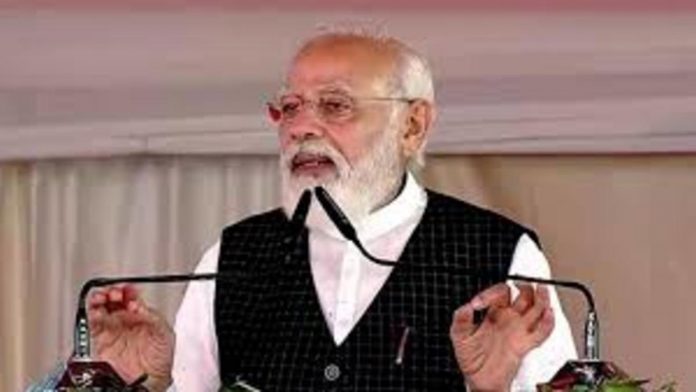 The BJP sees Prime Minister Narendra Modi’s planned three-day visit to his parliamentary constituency of Varanasi between March 2 and 5, which coincides with the sixth and seventh phases of Uttar Pradesh elections, as a trip that could make a critical difference to the party’s fortunes in the 111 seats up for grabs in Eastern Uttar Pradesh.

Eastern Uttar Pradesh is seen as vital for any party seeking power in the state, with many claiming that whomever controls the region will win the state. It’s also where the BJP used social engineering in 2017 to sweep the area, forming alliances with Apna Dal and the Suheldev Bharatiya Samaj (SBSP) to consolidate the non-Yadav OBC vote (almost 35% of the vote in the state). The storey said that the Samajwadi Party had recognised the Yadav community’s overwhelming control at the expense of other OBCs, and that the BJP was eager to share power and welfare benefits with these groups. The Samajwadi Party is attempting to reorganise as a wider OBC-Muslim umbrella party, with an agreement with former BJP ally, the SBSP, and the poaching of key OBC leaders, including three BJP ministers.

Party and free grain
In the Handia constituency, the route from Varanasi to Prayagraj, Anara Devi, a member of the Bind caste, sees no need to change her vote for sitting MLA Hakim Lal Bind, who was elected on a Bahujan Samaj Party (BSP) ticket and is now the SP’s candidate after switching parties. “Yes, we received free grains, one kilogramme of salt, chana, and cooking oil, but I’m not aware of any gas subsidy [under the Ujjwala Yojana].” “He [Hakim Lal Bind] comes from our neighbourhood,” she explained.

The BJP has fielded Prashant Kumar Rahul, a Nishad (another non-Yadav OBC community) from the area, and has received support from other communities, such as Rakesh Vishwakarma, who cites free grains and a house under the Pradhan Mantri Awaas Yojana as reasons for his decision. He had a ready response to the issue of stray cattle and Nilgai infestation harming standing crops in the area: “Hamare paas na zameen hai na pashu,yeh hamari samasya nahin hai [I don’t own land or animals, it is not a problem for me].”

The SP is expected to do well in the constituency, which has a large population of Binds, Yadavs, and Muslims. Mr Bind, on the other hand, had defeated Apna Dal (BJP ally) Pramila Devi by a margin of little over 8000 votes the previous time around. The Dalit population in the area, which numbers roughly 70,000 people in a seat with around 4,00,000 voters, will have the final say. The BJP is counting on Prime Minister Modi’s appeal across categories and communities, not only Hindutva, and, more importantly, on free grain and welfare programmes, in such seats.

The SP’s abduction of ten BJP leaders, including three ministers from non-Yadav OBC communities, has also posed a serious dilemma for the party. While the BJP has been attempting to counter the electoral challenges posed by these defections — for example, Swamy Prasad Maurya’s defection was countered by poaching former Union Minister R.P.N. Singh from the Congress, forcing Mr. Maurya to change his seat from Padrauna to Fazil Nagar — it has spooked the party enough not to make radical changes to its candidate list. Many MLAs were re-elected despite substantial anti-incumbency sentiment.

Suhaib Ansari, nephew of mafia don-turned-politician Mukhtar Ansari, is running against current BJP MLA Alka Rai in Mohamadabad, Ghazipur. Dalit voters at a Harijan tola in the constituency, who all claim to have gotten food grains and other assistance, have a problem with Ms. Rai, who won the last election by over a lakh votes.

“There was a fire in our tola, and Alka Rai hasn’t come to see us yet,” Sanjay Kumar explained. “Modiji ke liye maine yahaan se 210 vote padwaya thaa, Haathi ka garh hai ye tola (I got 210 people to vote for Prime Minister Modi, despite the fact that this is a BSP stronghold),” he added, adding that the majority of them will now join the BSP. Even minor desertions might hurt in a two-cornered struggle. Mr. Kumar says that he has no “malal” (anger) feelings towards Mr. Modi and that he will vote for him in 2024.

These are, of course, samikaran (caste and community equations) issues that are determined by the voter. The BJP also has a challenge from within.

MLAs’ waning clout
According to a BJP worker, Prime Minister Narendra Modi’s three-day visit may help to resolve organisational concerns within the party. “Paanch saal tak vidhayak aur sanghathan ki koi aukaat hi nahin thi prashasan ke saamne,” a Varanasi district BJP office-bearer stated. This is attributed to Chief Minister Yogi Adityanath’s operational style, in which he relies on his administrative staff rather than his party members to respond to citizens and their concerns.

The BJP’s district general secretary in Mau went live on Facebook, alleging that the district’s government officials were not listening to him and threatening to protest and damage himself, according to party employees. BJP MLAs openly complained about not being able to aid their people or even their own family members as hospital beds and facilities were scarce during the second wave of Corona. Workers in the party felt powerless, and the BJP’s strong electoral infrastructure may require prodding.

Prime Minister Modi has been leveraging the various moving parts of the BJP’s campaign for Uttar Pradesh throughout the second half of 2021, whether it’s development in the form of the Poorvanchal Expressway and the launch of Ujjwala Yojana-II, Hindu consciousness in the form of the Kashi Vishwanath Corridor, or welfare programmes and touching on law and order under the Yogi Adityanath government. These moving components are being attempted to be brought together in Eastern Uttar Pradesh, in the final push for the campaign, in those three days in Varanasi.