Moderna, Pfizer Denies To Directly Deal With States. Says Will Only Deal With The Central Govt 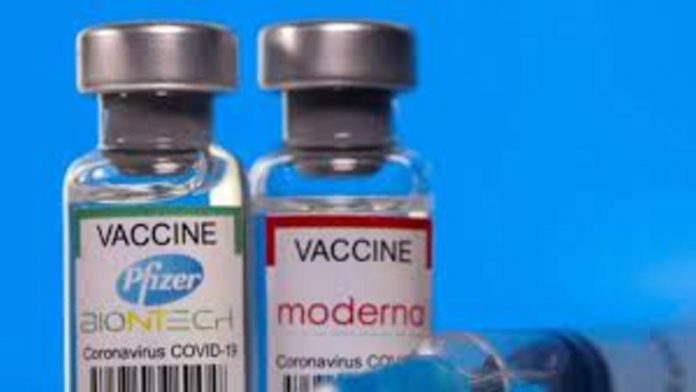 The idea for permitting the states to procure vaccines individually was welcomed and the states started grabbing the opportunity by floating global tenders for vaccines immediately, but now after a few weeks later they are again complaining.

The states are saying that the Pfizer and Moderna don’t want to directly deal with them as they only want to deal with the Centre.

Pfizer and Moderna are among the most ideal vaccines at the global level. Both vaccines work in a similar way and they are 90% effective against Covid-19. Together, they have been cleared for use by over 40 nations. India needs them as well. But, on its own terms.

Punjab, who made request to Moderna which denied by citing that it will only deal with the Centre.

While Delhi made this request to Moderna, Johnson and Johnson and Pfizer but all three of them denied by citing the same reply of dealing with only the Central government.

Apart from approvals and clearances these vaccine makes have some other demands also. Like, Pfizer was earlier trying to give its vaccines to India but it wanted bonds of indemnity for an exemption from future lawsuits over the vaccines. Countries like Britain and US have already signed such clauses.

Through this clause, if any vaccine maker is sued in India then it will be government’s problem not company’s. While India who has not give such indemnity then why Pfizer should be an exception.

The other issue is supply. Rich nations have already taken majorly of the shots off the shelves. Reports say, Moderna has its hands full with the current orders. It probably won’t have more dosages for India. As indicated by a report in April, Moderna previously had requests to supply over of 1,000 million dosages. These are for nations like the US, the EU, Canada, Japan, Switzerland and others.

Despite Moderna expanding its production India may still have to wait for deliveries .

The other states who have also placed their orders and are waiting in line for the vaccines include Maharashtra, Kerala, Karnataka, Uttar Pradesh and Tamil Nadu.