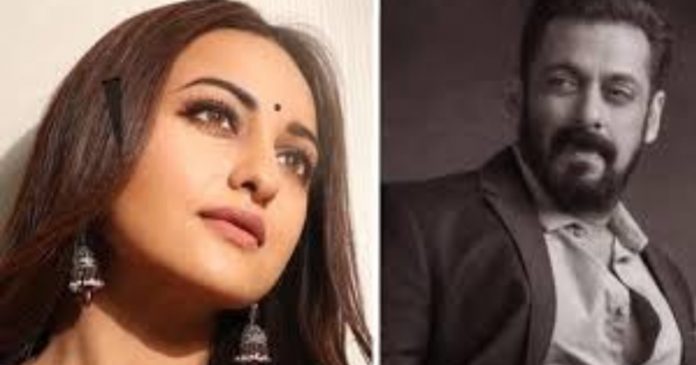 Salman Khan is one of the most well-known and influential actors in Hollywood. While his films have shattered box office records, the media and his fans have been fascinated by his personal life. Now, a viral photo of Bollywood actress Sonakshi Sinha getting married has gone viral.

The superstar is one of Bollywood’s highest-paid actors. Over the course of his thirty-year film career, he has won numerous prizes, including two National Film Awards for producing films and two Filmfare Awards for acting.

Salman Khan’s personal life has been the subject of numerous tabloid stories. Now, the image depicts the superstar dressed as a groom and applying vermilion on Sonakshi Sinha’s forehead. The photos have gone viral, suggesting that the Dabangg celebrity secretly married. However, it is worth noting that the viral image is a hoax, and it appears that someone used Photoshop to alter the image.

Salman and Sonakshi have a strong friendship bond. With the 2010 film Dabangg, she made her Bollywood debut.

Meanwhile, Salman was recently sighted at the airport after returning to the city from his Da-Bangg Tour – Reloaded in Dubai. While the superstar is usually seen in a pleasant mood, it appears that he was enraged by the photographers at the airport.

“Salman frequently gets out of Gate B at the airport because the walking distance is relatively short and the stars can quickly reach their automobile parked,” a source told the news agency. Khan, on the other hand, was requested to leave from Gate A and had to go a long distance to reach his car, which enraged him. He wasn’t in the mood to walk because he’d had a long travel and was exhausted.”

“The airport personnel couldn’t do much to help him, and it was clearly not Salman Khan’s day.” “Well, even superstars have terrible days,” the unnamed person remarked, “and they have to take it with a grain of salt.”