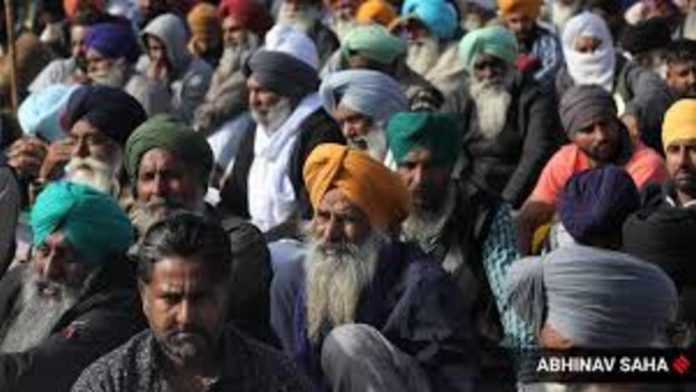 Anil Ghanwat, a farmer leader and one of the three members of the Supreme Court-appointed committee on agricultural laws, dismissed claims that they mainly interviewed farmers who supported the disputed rules in their final report released on Monday. He also said that he did not know the names of the organisations questioned and that the list might be obtained via an RTI request.

The Pune-based farmer leader claimed at a news conference on Monday that he had written to the Supreme Court three times seeking for the report’s publication, but that in the lack of a response, he was publishing it on his own. At the press briefing, the other two members, economist Ashok Gulati and agri-economist Pramod Kumar Joshi, were not present.

According to the research, 86% of the farmers examined were not in violation of the legislation. The names of the 61 organisations examined by the committee were also left out of the report in order to “keep it brief,” according to Mr Ghanwat.

“They are accessible with the Supreme Court and they may disclose it later,” Anil Ghanwat said on Tuesday when asked whether such data of the respondents might be shared with the media. “I don’t know who has that data,” he said when pushed further. He’s free to release it as well. You have the right to request it under the RTI (Right to Information Act).”

Farmers who were opposing the laws, which were eventually abolished by the government, boycotted the committee, claiming that all three members were pro-farm legislation. “These people should have come if they wanted to be heard,” Mr Ghanwat remarked, referring to the farmers who were protesting the legislation.

“It was around Republic Day…,” he replied when asked why the committee did not go visit them at the protest site where they had been staying since November 2020. We were unable to visit the agitating site because of security concerns.”

Mr Ghanwat, on the other hand, refused to acknowledge that the report was unrepresentative. “Of the 73 organisations we spoke with, 61 backed the agricultural legislation, with some modifications, and 15 to 16 organisations stated they want repeal,” he added. “Due to Covid, many of the farmers we invited were unable to attend.” When online interviews were recommended, many others experienced network troubles, and we were unable to get their opinions,” he continued.

Only 5,000 of the more than 20,000 online replies were from farmers. “They are stakeholders as well,” Mr Ghanwat added of the others. They didn’t have to be farmers to participate. It was a gateway that was wide open.”

“They are dealers, exporters, processors, millers,” Mr Ghanwat added when asked about the respondents’ identities. Anyone involved in agriculture is considered a stakeholder.

After months of back-and-forth between farmers and the government, judicial intervention, and a last series of U-turns by the government, the agricultural rules were repealed in November of last year. The ruling came ahead of a series of critical state elections, as demonstrations disrupted campaigning in poll-bound areas, with enraged demonstrators blocking politicians from entering and interrupting meetings.

It was a tremendous backslide for the administration, which had spent the previous two years vehemently defending the agricultural regulations.

“While apologising to the nation, I want to say with a sincere and pure heart that perhaps something was lacking in our tapasya (dedication) that we could not explain the truth, as clear as the light of the diya, to some of our farmer brothers,” Prime Minister Narendra Modi said in his address to the nation on Guru Nanak’s birth anniversary.