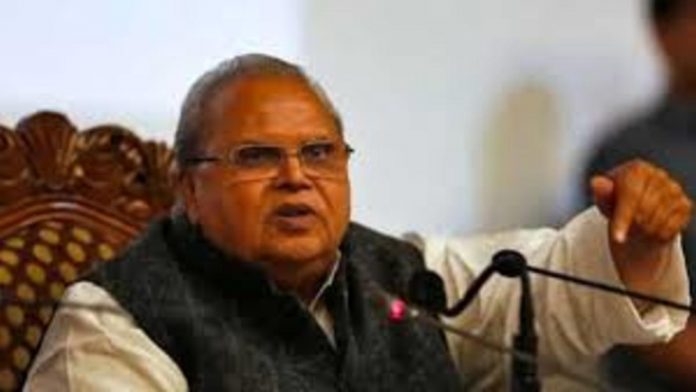 Governor Satya Pal Malik of Meghalaya has asked the government to meet the demands of the protesting farmers, saying that if it does not, the state may lose its power.

“If the farmers’ demands are not addressed, this administration will not be re-elected,” he told local reporters on the sidelines of an event in Rajasthan’s Jhunjhunu district.

Malik further claimed that BJP leaders had been barred from entering various villages in Uttar Pradesh, which is now in the midst of an election campaign. “Meerut is my hometown. No BJP leader is allowed to enter any village in my area. They are unable to enter Meerut, Muzzafarnagar, or Baghpat “He told reporters about it.

When asked if he would resign his office to support farmers, Malik stated that he is supporting farmers and that, while resigning his post was not necessary at the time, he would do so if necessary.

Malik, a Jat leader from western Uttar Pradesh, said he had had disagreements with a number of people over the issue of farmer protests. “I’ve fought with the Prime Minister, the Home Minister, and everyone else on their behalf. I’ve warned everyone that you’re doing something bad and that you shouldn’t do it “he stated “This issue will be remedied if the government formally guarantees MSP. Farmers can put the three legislation on hold because the Supreme Court has placed them on pause. There’s only one problem: you’re not doing it. Why? Because without MSP, nothing happens “Malik stated.

He further stated that if the government so requests, he is happy to serve as a mediator between the Centre and the farmers. “There is one thing that will bring this to an end. If you guarantee MSP, I’ll persuade farmers that the three laws are on hold and that they should leave it now.”

In response to the recent series of civilian killings by militants in Jammu and Kashmir, Malik remarked that “terrorists didn’t dare to enter within a radius of 50 kilometers of Srinagar” while he was governor of the former state.