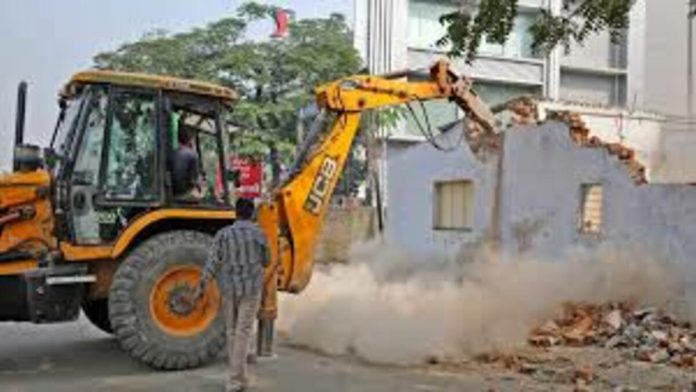 Bulldozers will now be staged in Delhi to demolish illegal constructions owned by the Jahangirpuri violence accused.

A large scale anti-encroachment drive sill be taken out by the North Municipal Corporation in the area on Wednesday.

Reportedly, the MCD has sought police aid in maintaining the law and order on April 20 and April 21 for taking out action against illegal construction. The municipal body has even requested the Police for a contingent of 400 police personnel so that the situation can be brought into control in any uproar.

In the mean time, state BJp President Adesh Gupta had written a letter to the North Delhi Municipal Corporation Commisioner and the Mayor, asking to take an action against the illegal construction by running bulldozers in Jahangirpuri area on the lines with UP government.

“The anti-social elements and rioters have the protection of local AAP MLAs and corporation councillors, due to which they have done several illegal constructions and encroachments in the Jahangirpuri area. Therefore, they should be identified and such constructions should be razed,” Gupta urged in the letter while seeking strict action.”

The police has so far arrested 25 accused in the Jahangirpuri violence that erupted after stone pelting during a procession on the occasion of Hanuman Jayanti in Jahangirpuri region of Uttar Pradesh. The violence had left many people injured including police personnel.