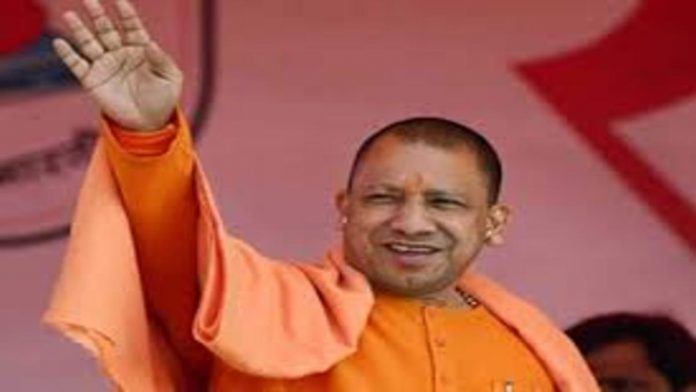 In the Uttar Pradesh Assembly Elections of 2022, Mathura has replaced Ayodhya. At a rally in Mathura today, Yogi Adityanath stated unequivocally that, just as a big temple of Shri Ram is being built in Ayodhya and Lord Vishwanath is being built in Kashi, the same will be done in Mathura-Vrindavan. In the final phase of the election campaign, the BJP is making Hindutva its most powerful weapon, according to his remark.

The names of Kashi and Mathura were disputed throughout the day after Uttar Pradesh Chief Minister Yogi Adityanath issued a tweet ahead of his virtual gathering in Mathura today. He wrote in this tweet that Lord Shri Ram’s temple is being erected in Ayodhya, while Lord Vishwanath’s Grand Dham is being built in Kashi. Then what will become of Mathura-Vrindavan?

By alluding to Mathura, Yogi Adityanath was referring to the Sri Krishna Janmabhoomi dispute. Mughal ruler Aurangzeb razed an ancient temple here in 1670 and replaced it with a mosque, which is now known as Shahi Idgah. The situation in Mathura is similar to that in Ayodhya, which is why the BJP has made it a campaign topic.

The issue of Kashi and Mathura has the potential to drastically alter the outcome of the Uttar Pradesh elections. Because this will focus these elections on religion rather than caste, and if elections are held in the name of religion, the BJP will gain a significant advantage. Following Ayodhya, the Mughals demolished ancient temples to construct two large mosques in Kashi and Mathura, both in Uttar Pradesh.

According to historical records, Aurangzeb ordered the destruction of Mathura’s famed Keshav Rai temple in the month of Ramzaan in January 1670. It was built for Rs 33 lakh by Orchha’s ruler, Bir Singh Bundela, at the time.

The Sri Krishna Janmabhoomi Trust owns Katra Keshavdev, Lord Krishna’s birthplace, which is spread out over 13 acres of land. However, the Shahi Idgah, which was built on Aurangzeb’s orders and is continuously sought to be destroyed, is located on around 2.5 acres of the same ground. The Hindu side claims that this Idgah is erected on top of Sri Krishna’s sanctum sanctorum.

In Kashi, a similar conflict has erupted over the Gyan Vapi Masjid. Kashi Vishwanath is the second-largest Hindu pilgrimage site after Ayodhya. Lord Ram’s hometown is Ayodhya. Kashi, also known as Varanasi, is the city of Lord Shiva. However, as in Ayodhya, there is a controversy about the temple and mosque. The Hindu side believes that Aurangzeb erected a mosque where the actual Jyotirlinga dedicated to Lord Shiva resides. It is now known as Gyan Vapi Masjid, which means “knowledge pond” or “knowledge well.”

The attacks on the Kashi Vishwanath temple began with the entry of Muslim invaders in India. In the 11th century, Qutbuddin Aibak launched his first attack. The temple’s top was also broken during this onslaught. However, prayers persisted after that. The Kashi Vishwanath Temple was erected in 1585 by King Todarmal. He is considered to be one of Akbar’s nine diamonds.

However, on Aurangzeb’s instructions, this temple was completely razed in 1669, and a mosque was built in its place. In 1780, Queen Ahilyabai of Malwa constructed a new temple adjacent to the Gyanvapi complex, which is now known as the Kashi Vishwanath temple.

However, the issue has remained to this day, and the case is still pending in court. In 2018, the Hindu side requested that the archaeological department survey the entire Gyanvapi complex in order to resolve the dispute.

That is, Kashi and Mathura are the pulses of Uttar Pradesh, capable of uniting almost 80% of the state’s Hindus in elections. That is precisely what the BJP is attempting. The Samajwadi Party, on the other hand, wants these elections to be based on castes rather than religion. Because it will only benefit them in the long run. In Uttar Pradesh, Hindus make up about 80% of the population, Muslims make up 19%, and the rest are individuals of various faiths.

Mayawati stunned the public today by conducting her first electoral rally in Uttar Pradesh. This rally was conducted in Agra, which is located in western Uttar Pradesh. Mayawati’s BSP party was formerly thought to be the most powerful in the region. However, following their defeat in the 2012 Assembly elections, the BSP’s support in the area began to dwindle. However, Mayawati’s decision to open her election campaign from Agra indicates that she expects a lot from this region once more.

Mayawati won 71 seats in western Uttar Pradesh when she was elected Chief Minister of Uttar Pradesh in 2007. The region has a Dalit population of 21% and an OBC population of 37%. In this region, the BSP is strengthened by the caste equation. Mayawati’s BSP, on the other hand, has lost ground in this area as a result of Akhilesh Yadav’s social engineering.