Manipur All Set For Phase 1 Polling Today On 38 Seats 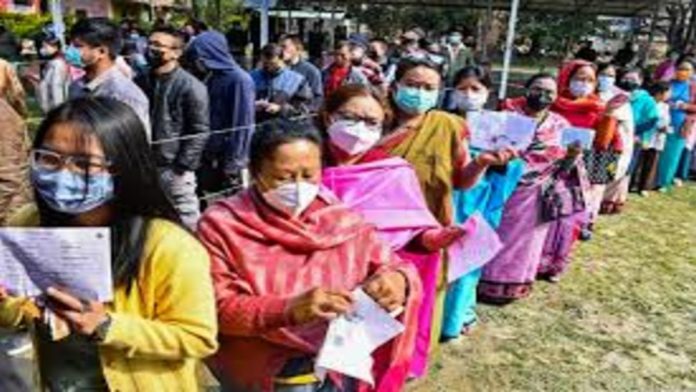 On Monday, the BJP-ruled state of Manipur will hold its first phase of assembly elections, which will span 38 constituencies over five districts: Imphal East, Imphal West, Bishnupur, Senapati, and Churachandpur. On March 5, elections for the remaining 22 seats will be place.

In the 2017 election, Congress, which had ruled the state for 15 years (2002-2017), emerged as the single largest party, winning 28 seats. However, the BJP, which won 21 seats, formed the government with four NPEP and Naga People’s Front MLAs each, the lone AITC MLA, and an independent. The BJP, NPEP, and NPF are all running independently this time.