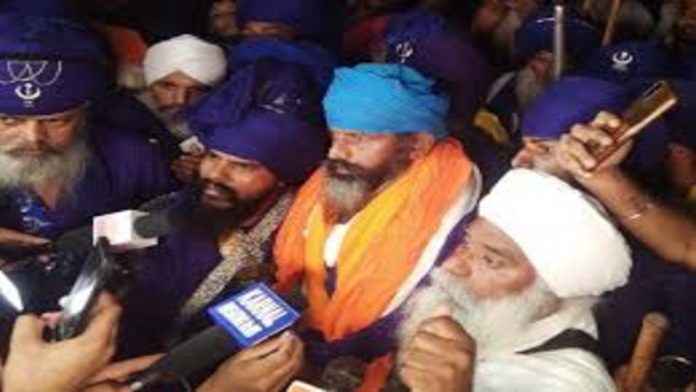 Nihang Sardar Sarabjit Singh, who was arrested late Friday night on the Singhu Border for the murder of Lakhbir Singh, was taken to Kharkhoda’s Crime Branch. He was then taken to the Civil Hospital by the Kundli police.

Nihang Sardar may be placed on police remand by the Crime Branch team.

Lakhbir Singh (35) was brutally murdered at the Delhi-Singhu border. Lakhbir Singh had arrived at the Singhu border three days before to his assassination and was staying in the Nihang camp, which is located near the first stage closest to the Delhi border. He was charged on Friday with desecrating the Nihangs’ holy text, Sarbaloh Granth. Soon after, a disturbance erupted, resulting in violence and the chopping off of Lakhbir’s hand. He was left to die there. His body was later attached to a barricade.

Lakhbir Singh, a resident of the Cheema Khurd hamlet in Tarn Taran, Punjab, is survived by his wife and three children, ages eight, ten, and twelve.