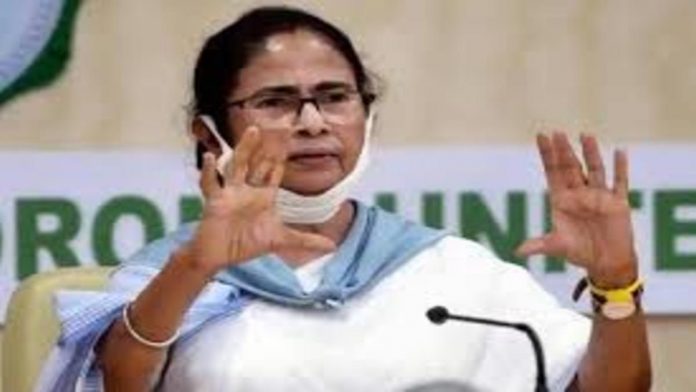 Mamata Banerjee, the West Bengal Chief Minister and the chairwoman of the Trinamool Congress, will convene an emergency meeting with senior party leaders on Saturday, amid a growing schism between party leaders loyal to her nephew Abhishek Banerjee and the old guard over the ‘One Person, One Post’ policy.

Banerjee’s Kalighat office will host the meeting at 5 p.m. According to insiders, one of the main topics to be discussed will be the candidate list for the state’s upcoming municipal elections.

Many prominent politicians are believed to be dissatisfied with the distribution of municipal election tickets. There are also rumours of two factions within the party, and efforts will be made to mediate the conflict.

According to insiders, the subject of some party officials’ social media campaign “One Person, One Post” is also likely to be highlighted during the meeting.

Notably, a new controversy erupted after TMC leader and Mamata Banerjee’s government minister Chandrima Bhattacharya tweeted the phrase on her social media account. She later claimed, however, that the role was created by the consultancy firm I-PAC.

“This was done without my permission. IPAC is responsible for that, and I believe it is illegal “ANI quoted Bhattacharya as saying. Meanwhile, I-PAC has denied the minister’s claims, claiming that it does not manage TMC and its leaders’ social media accounts.

“I-PAC does not handle any of the All India Trinamool Congress’s or any of its leaders’ digital properties. Anyone who makes such a claim is either ignorant or lying outright. AITC should investigate whether and how their digital properties, as well as those of their leaders, are reportedly (mis)used “I-PAC sent out a tweet.

Meanwhile, in a major political development in West Bengal, Trinamool Congress (TMC) state general secretary Kunal Ghosh requested Mukul Roy’s arrest in the Saradha and Narada case on Friday, referring to him as a “BJP leader.”

The TMC spokesperson took to Twitter to say, “In the Saradha and Narada cases, the CBI and ED should arrest BJP leader Mukul Roy. I’ve already written to them, requesting a joint interrogation with him. He is a powerful conspirator. He has simply utilised different parties for his own personal safety. Mukul Roy is not someone who should be spared.”