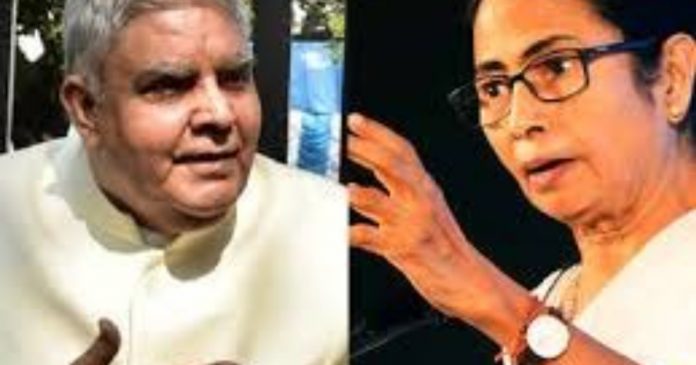 “Dialogue and concord among constitutional functionaries is the core and spirit of democracy and the mandate of the constitution,” the Governor wrote in a communication to the Chief Minister. Mutual respect and appreciation can help this blossom.

“From the beginning, I have held you in the highest regard possible. I am confident that you will give this careful thought.”

In a tweet, Governor Jagdeep Dhankhar also stated that his message to Chief Minister Mamata Banerjee was “read” at 10.25 a.m. on Monday.

“Every morning and evening, he [Governor] accuses and attacks us on Twitter.” As if he is the only superior being and we are slaves. It’s too much for me. According to a statement released by the West Bengal government, CM Mamata Banerjee said, “I have blocked him on Twitter today.”

Governor Jagdeep Dhankhar is also accused of “tapping phones” and “threaten[ing]” the state’s Chief Secretary and Director General of Police, according to the Chief Minister (DGP).

“For the past year, we’ve been patiently suffering.” Several files have not been cleared by him [Governor]. He is keeping all of the files open. In her news conference, Chief Minister Mamata Banerjee questioned how he can speak about policy decisions.

“Why hasn’t the Prime Minister removed him [the Governor]?” Pegasus is fleeing the Governor’s mansion. “He’s listening in on people’s phones,” she explained.

On Monday, Trinamool Congress Rajya Sabha MP Derek O’Brien followed suit, saying that he, too, had “banned” the Governor on Twitter.