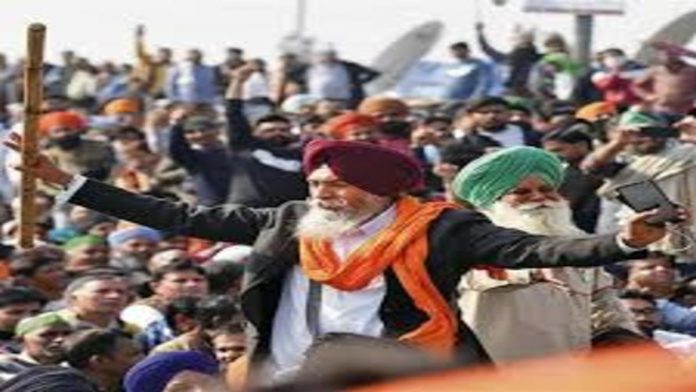 A Supreme Court-appointed commission had urged against repealing the three unpopular agricultural legislation months before the Centre did so, stating that a “majority” of farm unions favoured them and that “a repeal or a protracted suspension” would be “unfair to this quiet majority.” The committee’s report was made public for the first time on Monday, a year after it was presented to the Supreme Court.

Anil Ghanwat, one of the committee’s three members, had a news conference in New Delhi on Monday to unveil the 92-page report. Agricultural economists Ashok Gulati and Dr Parmod Kumar Joshi, two other members of the committee, were not present.

“According to the comments obtained by the committee via its online site, one-third of respondents oppose the agricultural legislation, while the other two-thirds favour them. The bulk of e-mail responses indicate that the agricultural legislation were well-received. “In light of this input, the committee believes that repeal or a lengthy suspension would be unjust to these’silent’ supporters,” the study said.

The committee proposed making the MSP a state prerogative, with legal underpinning for such procurements at their own expense, as the new Punjab Amendment Act provides, according to the study. Instead of a blanket purchase of wheat and paddy, the committee recommended that the FCI set a procurement ceiling.

According to the article, the group also discussed allocating the Centre’s spending on wheat and rice procurement, storage, and PDS among states. The group also suggested that paddy be gradually replaced with more sustainable high-value crops, particularly in the Punjab-Haryana area.