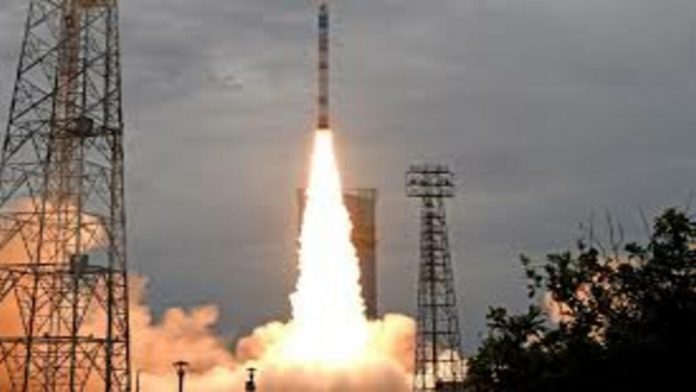 After the first three stages “performed and separated” as expected, the newly built Small Satellite Launch Vehicle (SSLV) from ISRO experienced a setback on Sunday with “data loss” in the terminal stage. In the end, the satellites were put into an elliptical orbit and are “no longer usable.”

Due to a lack of logic to recognize a sensor failure, the satellites were injected into the incorrect orbit although the three solid fuel-based propulsion stages operated normally.

The satellites were placed into a 356 km x 76 km elliptical orbit by SSLV-D1, as opposed to a 356 km circular orbit, according to a statement from the space agency. We can no longer use satellites. Problem is correctly detected. The divergence was caused by a lack of logic in failing to recognize a sensor failure and take salvage action.

In the release, it was said that a committee would investigate what went wrong and that ISRO would return “soon” with SSLV-D2.

At the separation stages of the satellites at 738 and 788 seconds after lift-off, as the scientists realized data losses in the terminal phases, the applause that had followed the lift-off of SSLV-D1 and the successful execution of successive stages of the rocket in the mission control center died.

ISRO Chairperson S. Somanath made the following remarks in a video statement: “The spacecraft took off beautifully with the burning of the first stage and the subsequent S2 and S3 behaved extremely well. The performance of the mission was excellent, and the satellites were ultimately separated when it reached the orbit at a height of 356 km. But afterwards, we discovered a discrepancy in the satellites’ orbital positions.

A satellite in such an orbit loses its bearings after being unable to stay on course for an extended period of time. The satellites are no longer functional because they have already descended from that orbit, according to Somanath.

While a thorough examination was being prepared, he continued, they thought the rocket’s logic for identifying a sensor had failed. “Aside from that issue, we were unable to spot any other anomalies. The propulsion stages, overall hardware, aerodynamic designs, new-generation and affordable electronics, control system, new separation systems, and the entire rocket’s architecture all performed extremely well. “Every other new element that has been incorporated into this rocket performed really well, and we are happy about that,” said Somanath.

He continued by saying that they eagerly anticipated the expert panel’s advice on what caused the delay. “We anticipate returning for the second development flight of SSLV-D2 very soon with minor changes and further re-validating those corrections through a sufficient number of tests. And we anticipate having complete success in demonstrating that the vehicle can place satellites in the intended orbits for commercial usage by India and the rest of the globe with the second development flight.

The SSLV was created with the rapid turnaround times required for commercial launches in mind. It combines three solid fuel-based stages and a liquid fuel-based velocity trimming module (VTM) to deploy a satellite in orbit. Within a week, the vehicle can be used for a launch. According to Somanath, the vehicle may be integrated in two days, tested for the following two, then prepared for launch in the following two days.

According to him, this schedule was met during the present mission.

At 9:18 am, the launch from Sriharikota, India’s sole spaceport, took place in a routine manner that persisted through the vehicle’s first three stages. Although the third stage separation, VTM ignition, and satellite injection were slightly later than described in the mission brochure, there was some variation from the predicted trajectory during the coasting phase.