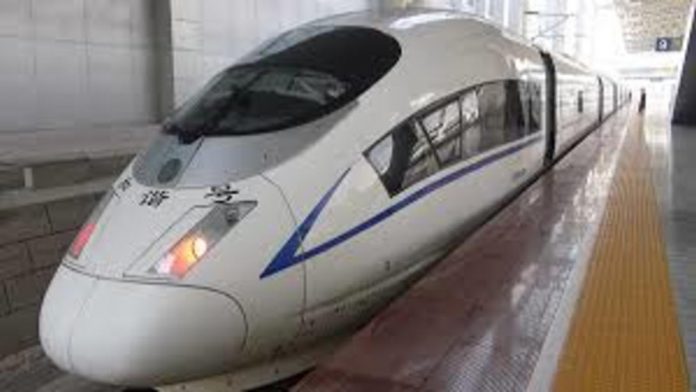 The PESA Act aligns with the land portions that cover eight villages. It means that past acquisitions must be approved by the gram sabhas in question. The state revenue agency proposed that the Governor add a clause to the PESA Act exempting critical government projects such as the bullet train from the procedure, but the idea was not approved by the Governor, according to officials.

The Governor’s exception was requested on March 6, 2019, in response to a request by the National High-Speed Rail Corporation Limited (NHSRCL) to expedite the acquisition process. “The proposal was not approved by the Governor. Now, meetings of the gram sabhas have been scheduled for the same to complete the process. I was told meetings of some gram sabhas were scheduled on August 15 and the proposal may have been discussed there,” according to Nitin Kareer, additional chief secretary, revenue department.

“It also means land acquisition for the project will start only after completing the entire process. The idea behind asking for exemption was to expedite the project but the delay has defeated the purpose,” said a revenue official, wishing not to be named.

“The proposal was discussed in a meeting held on October 22, 2019, in which, the governor said he is not in favour of giving exemption and also suggested the state government give compensatory land to the gram sabhas against the acquisition of grazing land. This is because grazing land is very important for the villages. People living in scheduled areas are too poor and their livelihood depends upon grazing land. If there is no land available then they should be compensated as per norms. The governor also suggested checking with the Gujarat government how they resolved issues related to PESA areas, in case alignment, is passing through such areas,” said a senior official.

A gram sabha is a competent body under section 22A of the Maharashtra Land Revenue Code 1966 to conserve and safeguard grazing land, and it cannot be diverted without the agreement of the related gram sabha. The governor at the time made this provision by publishing a notification on May 9, 2017.

“Exercising the powers conferred by the Fifth Schedule of the Constitution, the governor can provide an exemption from obtaining mandatory approvals, but if allowed it will be opened for other major infrastructure projects as well,” another official said. The project required 6.83 hectares (16.86 acres) from eight villages in the Palghar district, according to NHSRCL. Virathan Khurd, Varkunthi, Rothe, Kamare, Poman, Rajavali, More, and Gokhivare are the villages. “We will follow the land acquisition process,” said a senior NHSRCL official who did not want to be identified.

Officials added that after the governor refused to grant exemptions, the land purchase resolutions were resubmitted to the gram sabhas. Three gram sabhas have approved the acquisition of grazing land, according to Dr Kiran Mahajan, deputy collector of Palghar district, while some have planned meetings in the coming days. “Poman, Rajavali, Gokhivare villages have approved to give the land for the project and have also cleared the resolutions. Kamare has also cleared the proposal but officially we have to get the resolution from the gram sabha. Rothe and Varkhunthi are yet to clear the resolutions. We have not received any request for Virathan Khurd village,” Dr Mahajan said.

Dr. Manik Gursal, the Palghar collector, did not respond to calls or texts.

On September 14, 2017, Prime Minister Modi and his Japanese counterpart Shinzo Abe lay the foundation stone for the 1.08 lakh crore (17 billion dollar) high-speed rail project, which would connect Mumbai and Ahmedabad. In addition, it will be India’s first high-speed rail route.

The Modi government has also set a lofty goal of finishing the project by August 15, 2022, the 75th anniversary of India’s independence. The project’s implementer, NHSRCL, intends to open a piece of the network by then and finish it by December 2023.

The state government will be compelled to give twice the amount of land required for a project under section 22A of the MLRC Act. “The Gairan (grazing) land may be diverted, granted or leased for a public purpose or public project of the Central Government or the State Government or any statutory authority or any public authority or undertaking under the Central Government or the state government (hereinafter in this section referred to as “Public Authority”, if no other suitable piece of Government land is available for such public purpose or public project. The compensatory land to be transferred to the state government under sub-section (3) shall be in the same revenue village have area equal to twice the area of the Gairan land and its value shall not be less than the value of the Gairan land so allotted under sub-section,” stated the provision.